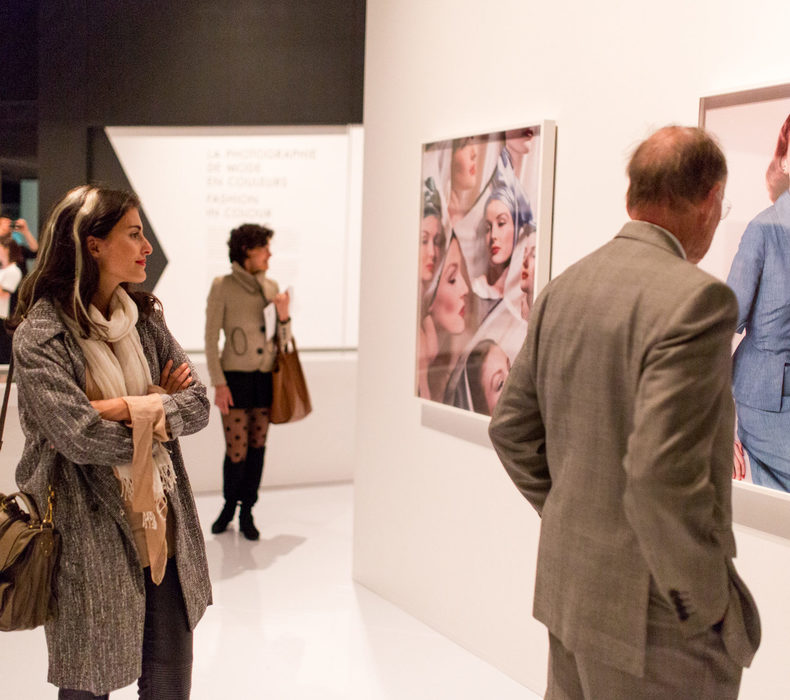 Fashion, action and fun at the Stewart and the McCord

The Stewart Museum and the McCord Museum are two of Montréal’s most imaginative history museums, showcasing blockbuster exhibitions as well as fun and novel recreational activities for all ages, ranging from old-fashioned curling and snowshoeing at the Stewart, to morning yoga and live concerts in the outdoor Urban Forest at the McCord. 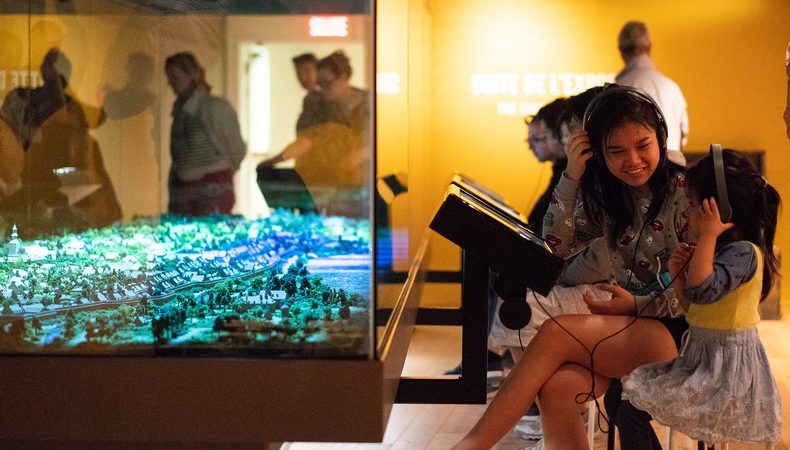 Fun for the children and kids-at-heart

The Stewart is housed in the arsenal of the British military depot built by the British between 1820 and 1824 on Île Sainte-Hélène. The grounds offer spectacular vistas, both of the military depot and the cityscape of Montréal visible across the St. Lawrence River.

In wintertime, the Stewart offers snowshoeing as well as old-fashioned curling in its courtyard. In summertime, the museum offers outdoor walking tours of the Fort on Île Sainte-Hélène as well as an outdoor walking tour of St. Helen's Island that explores the remains of British military buildings and ends with a visit to the top of the Biosphère for a panoramic view of the Expo 67 site.

Over at the McCord, family activities include the entertaining and popular Story Hour available in both French and English, featuring tales related to the museum exhibitions. The museum also offers birthday parties for kids and fun and educational Adventure at the Museum activity that lets families visit the museum with the help of a discovery guide, treasure hunt and a series of collectible exploration cards. 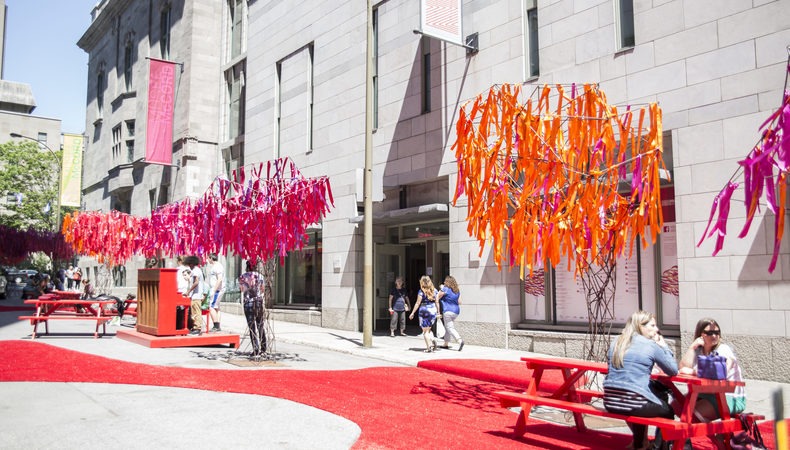 The McCord’s hugely popular and entertaining Urban Forest on pedestrianized Victoria Street downtown is open from late May to the end of September, and features such activities as morning yoga, a public piano, concerts and lunch-hour food trucks. Indoors, the museum’s Café Bistro is an elegant and cool sanctuary with a refreshing light lunch menu.

Other McCord outdoor activities include its terrific Golden Square Mile and Milton Park tours, as well as self-guided tours via its award-winning Mtl Urban Museum iPhone application that can be downloaded for free from the App Store. The app uses augmented reality and superimposes historic 2D images onto present-day 3D views of 150 locations in the city, drawing on the 1.3 million vintage photos drawn from the McCord’s Notman Photographic Archives.

The glamourous Golden Square Mile was, of course, home to the luxurious Edwardian-style mansions of the Montréal elite who controlled over 85 per cent of the resources in Canada. To put it into perspective, today these Montrealers would all be multi-billionaires.

Over at the McCord, bilingual summer day camps for children aged 5 to 10 run from June 29 to August 21, 2020. Lots of play, excursions and fun revolving around two themes: “Laughing Together” and “The Beauty in Me.” 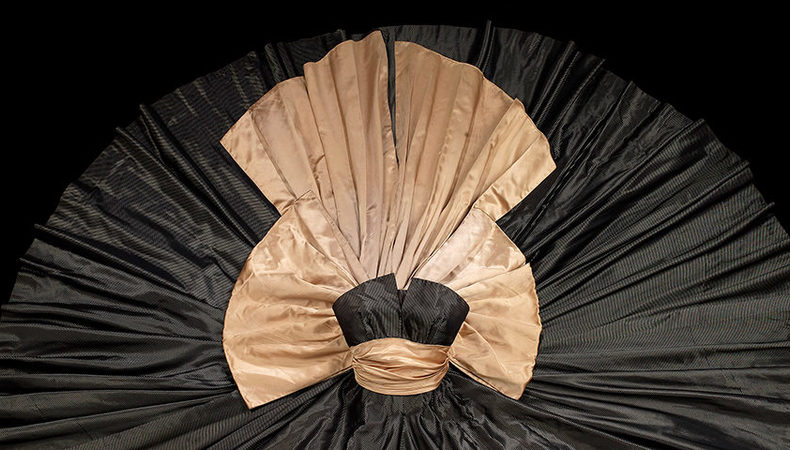 Current and upcoming exhibitions at the McCord

The permanent Wearing our Identity.The First Peoples Collection exhibition reflects McCord Museum founder David Ross McCord’s interest in the heritage of First Peoples. A fun interactive two-hour visit of the exhibition called Treasures of the First Peoples has also been developed for children.

The Jean-Claude Poitras: Fashion and inspiration career retrospective of the legendary Montréal fashion designer who left his mark on prêt-à-porter in Montréal and the rest of Canada over the course of four decades continues until April 13.

The McCord also presents the Griffintown – Evolving Montréal exhibition by renowned Montréal photographer Robert Walker, who documents the rapid transformation and gentrification of the city’s historic Griffintown district. The exhibition continues until August 9.

The Chapleau, Profession: Cartoonist exhibition is the first major career retrospective of iconic Montréal cartoonist Serge Chapleau, featuring more than 150 original cartoons, sketches and illustrations. With the focus inevitably on satire, the exhibition looks back at 50 years of Québec popular culture and current affairs. The exhibition runs from April 16 to November 1.

The Parachute exhibition explores the fashion brand founded in Montréal in 1977 by designer Nicola Pelly and architect Harry Parnass. Parachute was an international fashion phenomenon whose celebrity clientele included Madonna, Duran Duran and Peter Gabriel. The exhibition runs from October 29 to March 7, 2021. 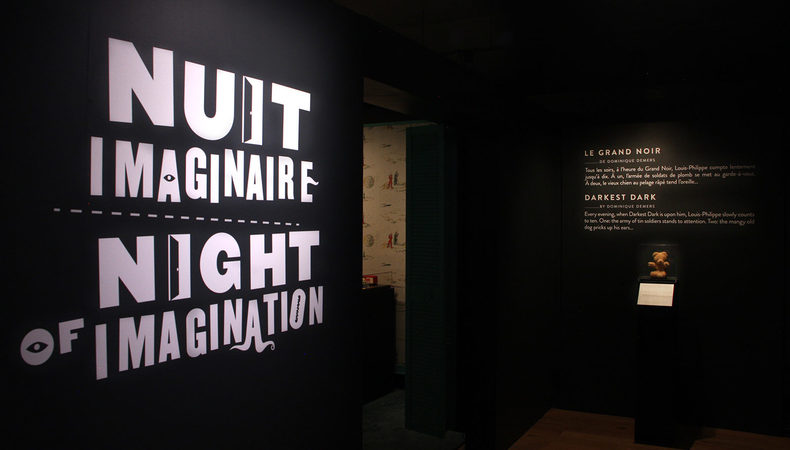 Exhibitions at the Stewart

The permanent History and Memory exhibition explores Montréal’s ancestors via a historical journey that takes visitors from the Aboriginal era to the present day, showcasing some 500 objects, documents and rare books, some displayed for the first time. 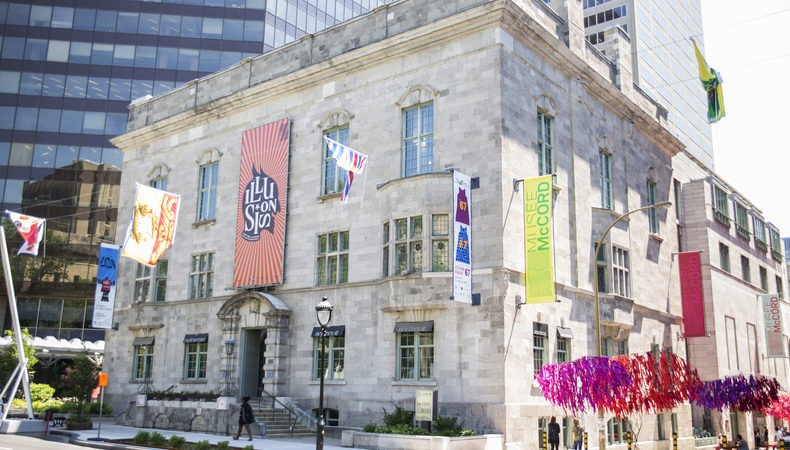 Permanent collections of the Stewart and the McCord

The Stewart – founded in 1955 by Montréal philanthropist David M. Stewart – is home to a superb collection of some 27,000 artifacts (including 4,000 pieces of weaponry) documenting the arrival of Europeans in the New World, their discoveries and daily life from the 16th century to today. The museum also features a four-story steel and glass tower with a lookout that offers visitors a view of the entire military depot and a panorama of Montréal.

The McCord was founded by another passionate collector, David Ross McCord, in 1921, and the goal of its massive archives – renowned for its photography, painting and fashion collections – is to explore the history and cultures of Canada. The collections range from David Ross McCord’s interest in First Peoples to Montréal’s pivotal role in the development of Canada from the early 18th century through the 21st.

Both the Stewart and the McCord merged their operations in 2013 to further grow both museums.