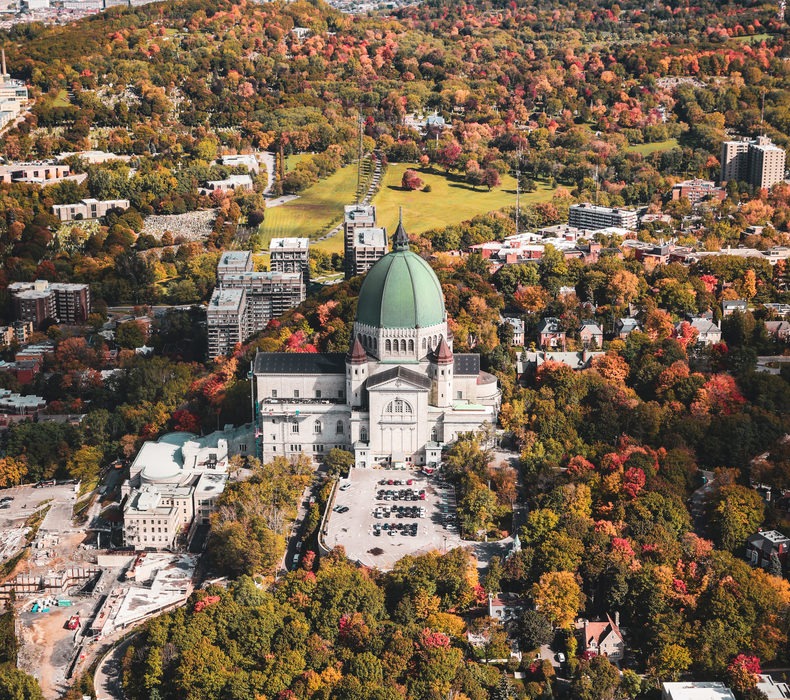 Let yourself be swept away by history while you enjoy the most beautiful sunsets from Montréal’s majestic Saint Joseph’s Oratory of Mount Royal, the highest point in Montréal and the largest shrine dedicated to Saint Joseph in the world. 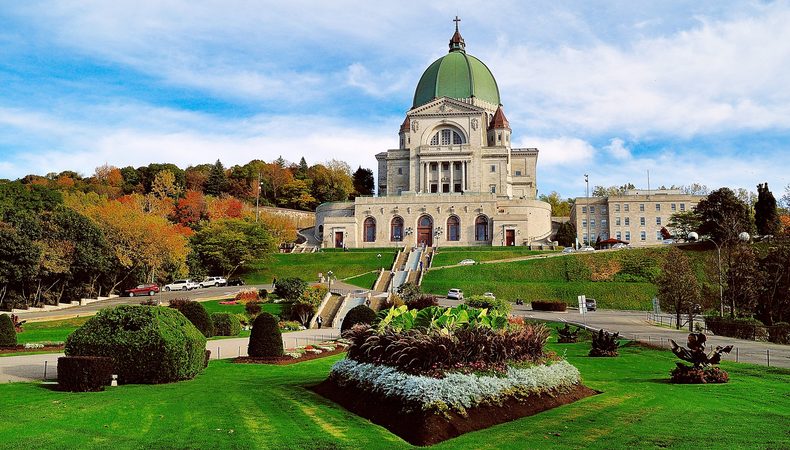 A designated National Historic Site of Canada and one of the world’s great Catholic basilicas, Saint Joseph’s Oratory of Mount Royal each year welcomes more than two million pilgrims and visitors from around the world. 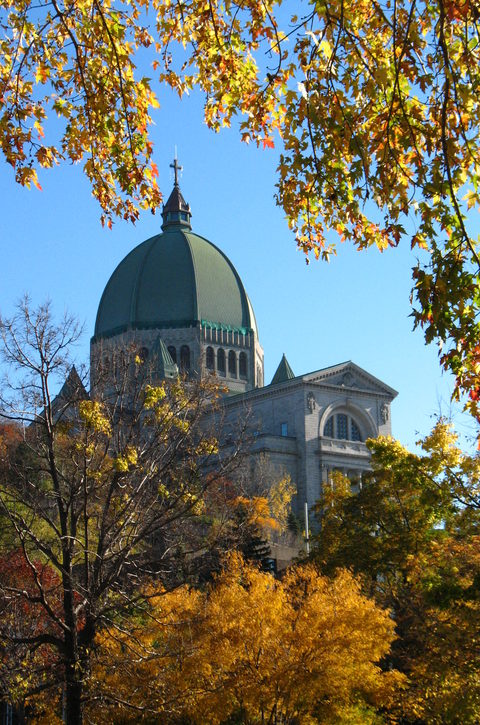 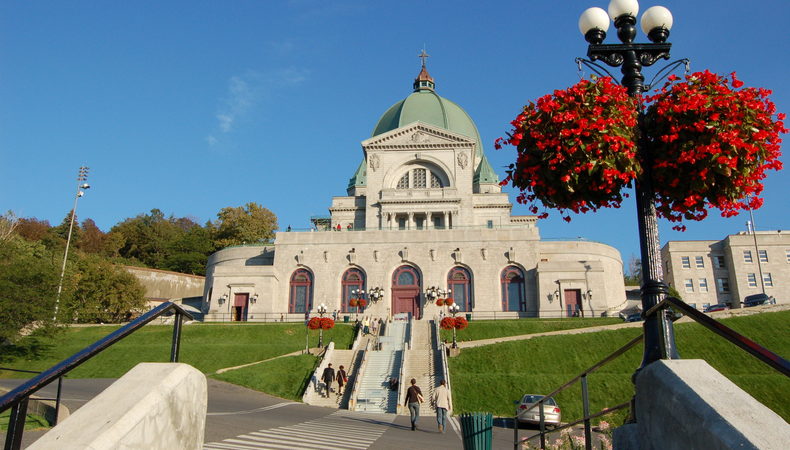 The exterior of the basilica was designed following the lines of the Italian Renaissance. Its colonnade features Corinthian-style pillars and its dome is one of the largest in the world.

As Time magazine observed, “St. Joseph’s Oratory looks like Cecil B. DeMille’s idea of a cathedral. Enthroned on Mount Royal, the city's highest hill, the oratory is bigger than Notre Dame, its dome only slightly smaller than St. Peter's.”

Visitors climb from the street to the crypt church on two parallel flights of 283 concrete steps which is separated by a central flight of 99 wooden steps reserved for pilgrims wishing to climb on their knees. 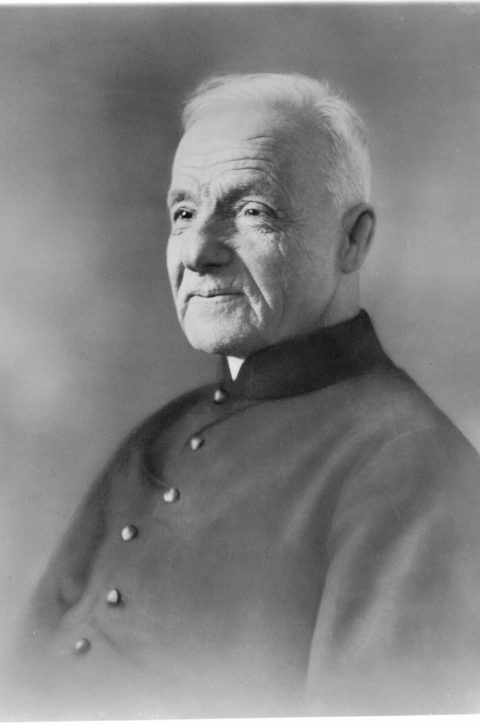 Heart of the matter

Known as the “Miracle Man of Montréal,” Saint André is credited with thousands of miraculous healings. His remains lie inside the Oratory. In 1978, Saint André was declared “venerable” (when the Vatican accepts a person is responsible posthumously for two miracles). He was beatified in 1982 and canonized in 2010.

In March 1973, in a spectacular crime, one or more thieves stole the heart of Saint André which was stored inside the Oratory to protect the basilica. Reported Time magazine, “The thieves picked three locks to open a steel door and an iron grille, then chiseled the urn off its marble pedestal—all without attracting the security guards. A local newspaper received demands for $50,000 in ransom.”

After receiving an anonymous tip, police found the heart Saint André – the Oratory’s most famous relic – in a Montréal basement in December 1974. It has since been returned to the Oratory. 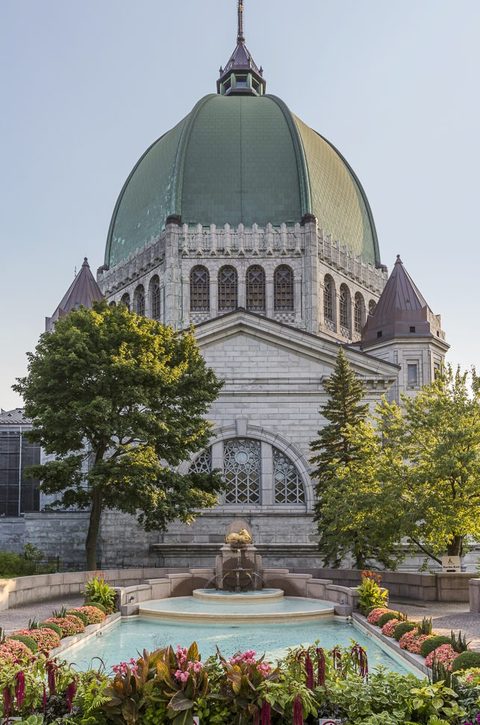 Garden of the Way of The Cross

One of Montréal’s best-kept secrets is the Oratory’s calm and lush, leafy Garden of the Way of the Cross, designed by Canadian landscape architect Frederick G. Todd. The sculptures were designed by Louis Parent whose Way of the Cross has 14 of the traditional stations. Parent also added a marble monument depicting the Resurrected Christ and a reflecting pool with the Fountain of Redemption.

The Oratory’s garden is an oasis on the northern slope of Mount Royal in the heart of the city. The Oratory, with its museum and gift shop, is also the highest point in Montréal and the setting of many spectacular Montréal island vistas and sunsets.