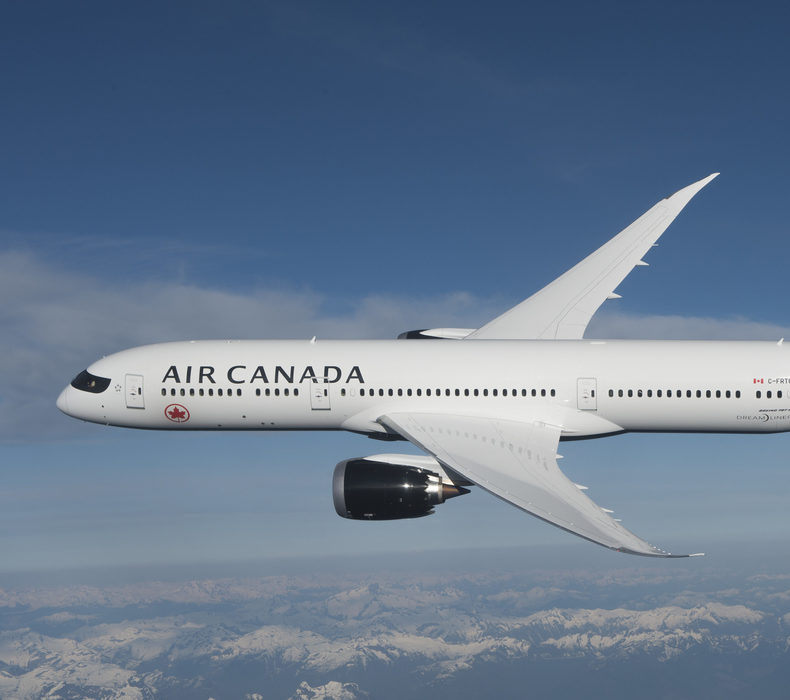 Air Canada’s familiar maple leaf logo has been a trusted symbol in the skies for over 80 years. The airline’s always working at making travel to and from Montréal better, easier and more comfortable! We bet you weren’t aware of half of Air Canada’s products and initiatives. Here are 9 reasons why Montréal loves Air Canada.

In June 2019, Air Canada was named Best Airline in North America for the third year in a row at the Skytrax World Airline Awards! Based on passenger satisfaction surveys representing approximately 20 million global travellers, that’s popular opinion that’s undeniable. It was the seventh time in the last nine years our national airline received that honour. 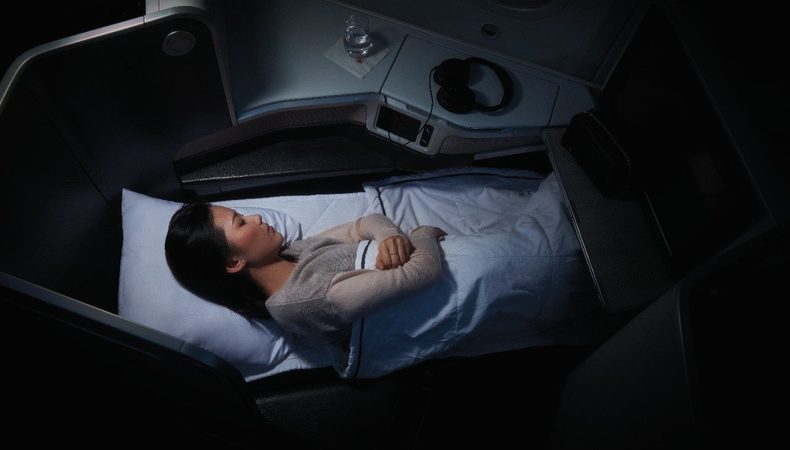 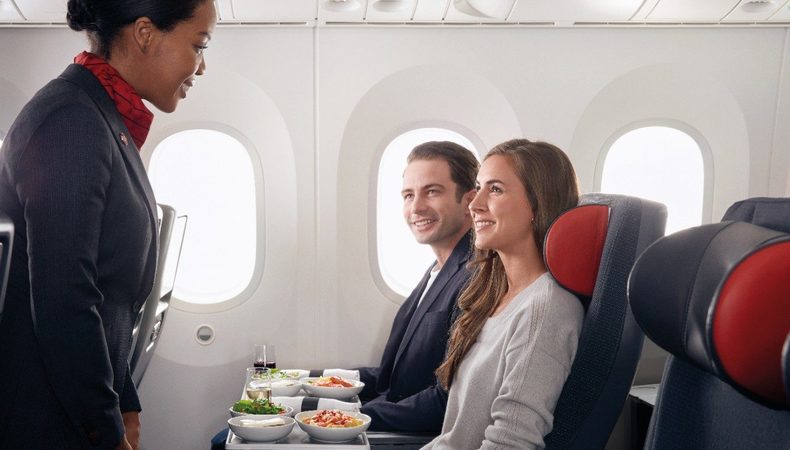 For a whole different kind of economy travel, choose Air Canada’s Premium Economy option, with larger seats that recline further and have an adjustable headrest and extra legroom. You’ll get a comfy pillow and blanket, complimentary wine and spirits as well as upgraded meals on all international flights (as well as on longer flights within North America), or a snack on shorter flights. The service also includes airport perks like priority boarding, check-in and baggage handling. 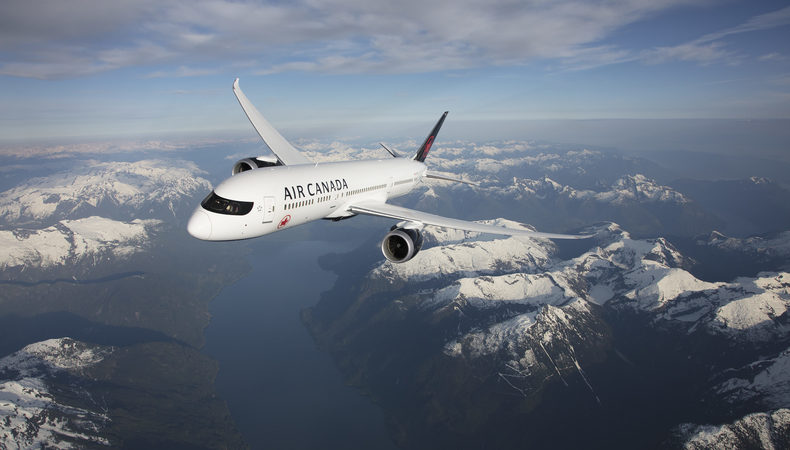 There’s a slew of new direct flights from Montréal on Air Canada’s roster, including Tokyo-Narita, Lisbon, Lima, Dublin and Bordeaux – the whole world is a mere hop, skip and a flight away! 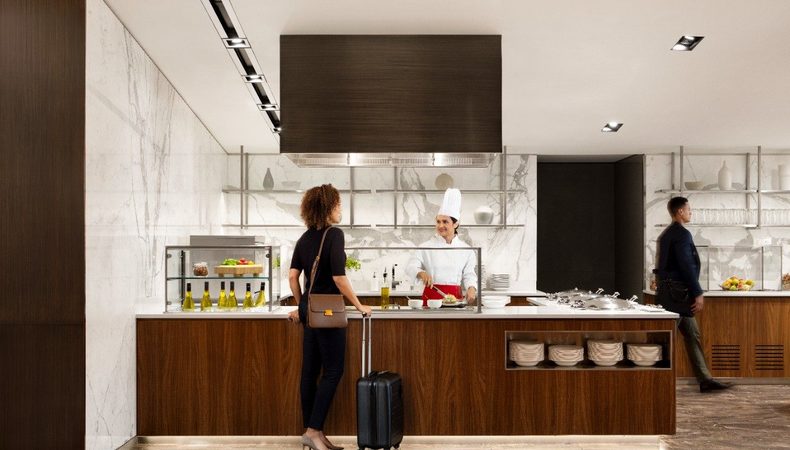 The international Maple Leaf Lounge in the Montréal-Trudeau Airport – one of 22 worldwide – is the perfect pre-flight spot. It’s got a complimentary bar including a selection of Canadian wines, a live food station with a chef, barista-style specialty coffees, complimentary Wi-Fi, a cyber work counter, living rooms, lounge chairs and showers with heated floors. It also features a garden ceiling that creates the illusion of a forest canopy, with ceramic pieces by Quebec artisan Pascale Girardin (they imitate the sound of rustling leaves), travel inspired photography by Montréal artist Nicolas Ruel and custom furnishings by local Canadian designers, for an extra sense of place.

This summer Air Canada’s uniforms were awarded Best Corporate Design by the UK’s Professional Clothing Awards! Designed by Canadian Christopher Bates. The best that Canada has to offer. 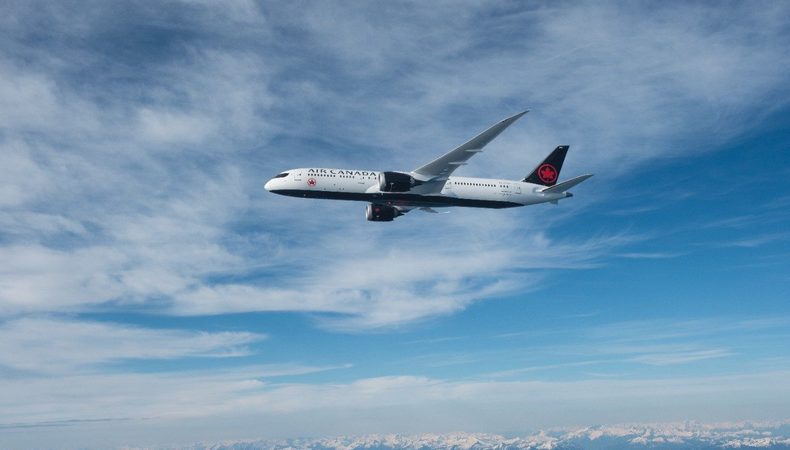 As a benefit for business class travellers, a hidden wealth of organization assistance comes courtesy of Air Canada’s more than 300 carefully selected Concierge agents, who offer premium personalized service in 47 airports around the world, including the Montréal-Trudeau Airport. Air Canada Concierges can help with all your day-of-travel and airport matters, including ticketing, connections, upgrades, baggage handling and special in-flight meal requirements, as well as last-minute arrangements such as hotel and restaurant bookings, theatre ticket reservations and limousine service.

Air Canada is committed to leaving less of an impact on the environment by reducing the amount of waste from its operations. The goal of Air Canada’s Corporate Waste Strategy is to reduce waste sent to landfill by 20 per cent by 2020. The uniform recycling program, for example, has allowed Air Canada to divert approximately 240 tonnes of items from landfill. One of several projects is a collaboration with non-profit organization Brands for Canada, whose mission is to ensure Canadians living below the poverty line have access to proper clothing. Air Canada is donating approximately 50,000 surplus items to support Brands for Canada in their mission, the majority being wardrobe staples such as blazers, skirts, pants, blouses and shirts.

Roughly 100,000 new employees joined the Air Canada headquarters in the summer – in the form of bees! Thanks to a cool urban hive project in its Montréal headquarters, the airline, in partnership with local apiculturists Alvéole, is raising awareness of the importance of bees as a vital part of our ecosystem. Employees can take workshops on beekeeping and honey harvesting, in season – a sweet bonus!