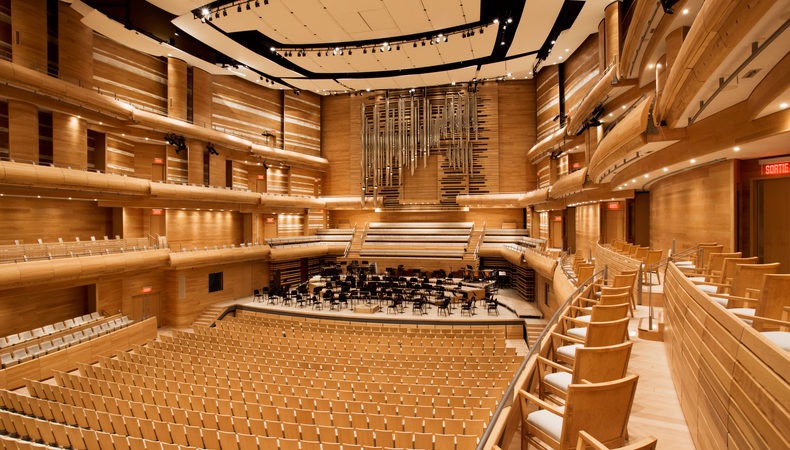 The OSM’s top priority this season is the health and safety of its audiences, musicians and staff. All concerts are being given under the strictest sanitary conditions, in adherence with Québec Public Health directives.

A health protocol for the Maison symphonique de Montréal has been designed in collaboration with the venue’s resident staff and administration, the OSM and Place des Arts. Several special measures have been implemented.

A season of transition

With the departure of Grammy-winning Maestro Kent Nagano at the end of last season (Nagano will return for a proper farewell, probably in 2021), the OSM is actively searching for a new musical director while producing a pandemic-friendly season featuring many world-renowned Québec and Canadian musicians and singers. Meanwhile, guest conductors will lead the orchestra this season.

The OSM celebrates the 250th anniversary of Beethoven’s birth with four programmes conducted by Bernard Labadie: Beethoven and The Voice to open the season on Sept. 11, with guest soprano Karina Gauvin and contralto Marie-Nicole Lemieux; violinist James Ehnes in Poems of Love by Mozart and Beethoven on Sept. 12; pianist Charles Richard-Hamelin performs Beethoven’s Piano Concerto No. 4, also on Sept. 12; and Mozart Arias and Beethoven’s “Pastorale” Symphony, with Gauvin, Lemieux and Ehnes on Sept. 15.

Then, under the direction of Finnish conductor Dalia Stasevska, making her OSM debut, the orchestra will perform Sibelius’ Symphony no. 3 for three concerts (Dec. 1 to 3). This program also features young cellist Bryan Cheng and a work by Composer-in-Residence Ana Sokolović.

To close out the year, the OSM for the first time welcomes to its stage American conductor Jeannette Sorrell for two Baroque Music for the Holiday Season concerts (Dec. 8 and 9), presenting excerpts from, among others, Bach’s Christmas Oratorio and Handel’s Messiah, two gems of the Baroque repertoire.

Looking ahead to 2021, hip-hop fans are already buzzing about Hip Hop Symphonique with the OSM, featuring hip hop groups Dead Obies and Alaclair Ensemble, Québec rapper Koriass and rising star FouKi alongside his accom­plice QuietMike sharing the stage with the OSM for two beat-driven concerts (Jan. 19 and 20) conducted by Dina Gilbert.

The OSM will announce additional 2021 winter programming in the coming weeks.