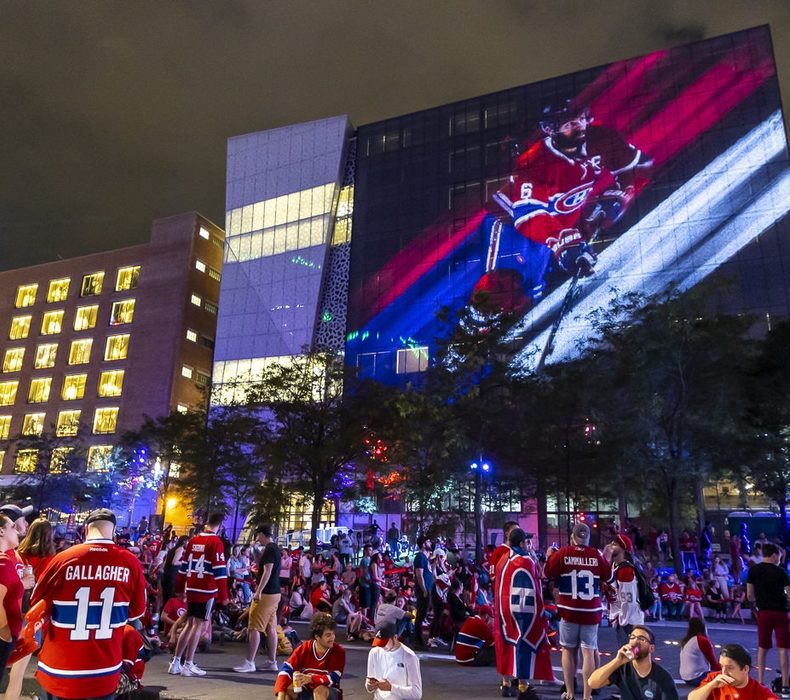 Your guide to the NHL Draft 2022 in Montréal

It’s official, and the anticipation for the upcoming hockey season has never been higher with the arrival of the 2022 NHL Draft in Montréal. Taking place at the Bell Centre on July 7 and 8, the event marks the 27th time the city has hosted the NHL Draft, the last time being just over a decade ago in 2009.

With its long and storied history in hockey—not to mention that the first-ever NHL draft took place here at the Fairmont The Queen Elizabeth hotel in 1963—Montréal will be an ideal setting for the thousands of fans and hundreds of media representatives and NHL club executives, scouts and coaches attending to watch the strong collection of players up for grabs get snatched up to start their careers. The best part? The Montréal Canadiens will draft at the top with 14 total picks. There’s lots to do and see during and after the draft, so strap in and let the games begin. 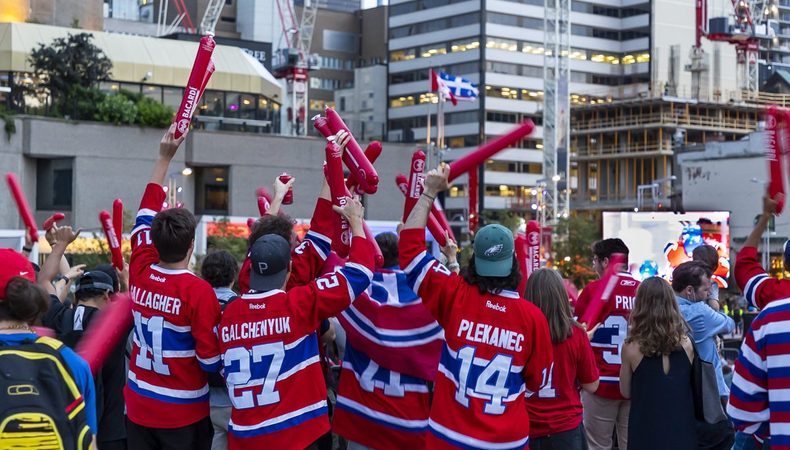 With limited ticketed access to watch the 2022 NHL Draft unfold on Thursday, July 7 and Friday, July 8 at the Bell Centre, it might appear that fans’ opportunities to get as close as possible to the action isn’t likely, but think again: During the first round of the NHL Draft on July 7 from 4 p.m. to 10 p.m., the Montréal Canadiens have collaborated with the National Hockey League to put together a Draft Viewing Party that will be open to the general public.

Taking place outside the Bell Centre at the Place des Canadiens where the event’s top-most prospects will walk the red carpet directly by, attendees will be able to eat and have a drink while watching the Canadiens' top draft picks on a giant screen set up outside as a live DJ gives the festivities some atmosphere—plus a few other surprises. There will be former players, Youppi! and more! Fans could even have the chance to meet our first choice following his selection.

Off the ice: Things to see and do during the 2022 NHL Draft

While there’s going to be a lot of action focused around the NHL Draft, Montréal’s passion for hockey will be able to felt throughout the event and the ensuing weekend. Keep your eyes peeled, for example, for when city landmarks like the Casino de Montréal and La Grande Roue de Montréal start kaleidoscopically flashing red, white and blue to commemorate this historic moment in hockey.

There will also be wealth of places to eat around the Bell Centre that run from exceptional rooftop and food hall dining opportunities to unforgettable cuisines, but some downtown restaurants are bringing their A game to their tables for any hockey fans who want to celebrate with something special: Restaurant Toqué! and its chef par excellence Normand Laprise will be offering a special menu for the first round draft pick, while Brasserie Milton inside the Delta Hotels by Marriott Montreal is serving a special deal from July 1 to July 10 of $15 for a tasting platter of four local beers plus homemade chips going for $11 a pound and with flavours inspired by different NHL teams.

As for pubs and bars where hockey fans can enjoy food and drink during the 2022 NHL Draft and throughout the rest of the weekend, there’s plenty to choose from. The towering selection of cold ones from Bier Markt Montreal with grilled surf and turf should satisfy, as will the finger foods and in-house pints of Brutopia or the comforting food and brews of 3 Brasseurs Crescent; for even livelier places to drink up and chow down, consider Sir Winston Churchill Pub Complex on the city’s infamous Crescent Street. 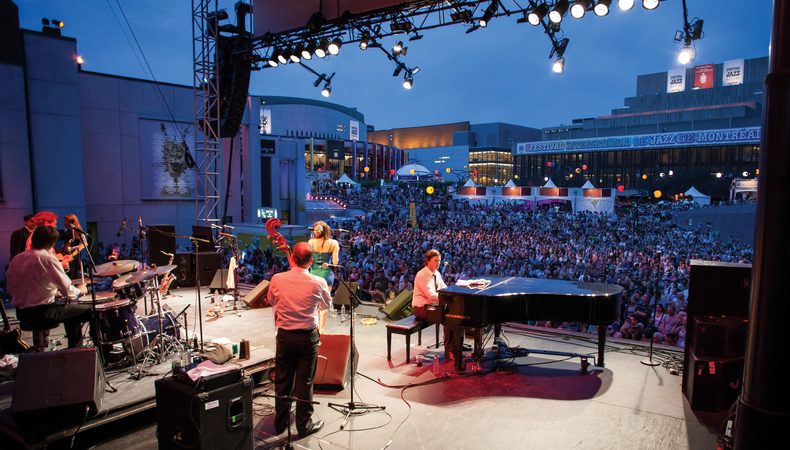 What to do during the weekend after the 2022 NHL Draft

Out-of-towners and locals like looking to follow up on the excitement of the NHL Draft with fun activities and things to do through the following weekend of Saturday, July 9 to Sunday, July 10 won’t be disappointed.

Now that the summer season has kicked off, it’s a great opportunity to partake in Passeport MTL, which offers admission to participants’ choice of five Montréal attractions for one low price (plus additional discounts at even more attractions) that range from museums and tours to helicopter and boat rides.

Taking place from June 30 to July 9, the weekend following the NHL Draft will also be the last chance to catch remaining acts by artists both local and visiting from around the world for the Festival International de Jazz de Montréal. Over two dozen performances will be taking place on the last day alone in a myriad of venues and on several outdoor stages, including the grand closing performance by The Roots on the central TD Stage in the Place des Festivals. 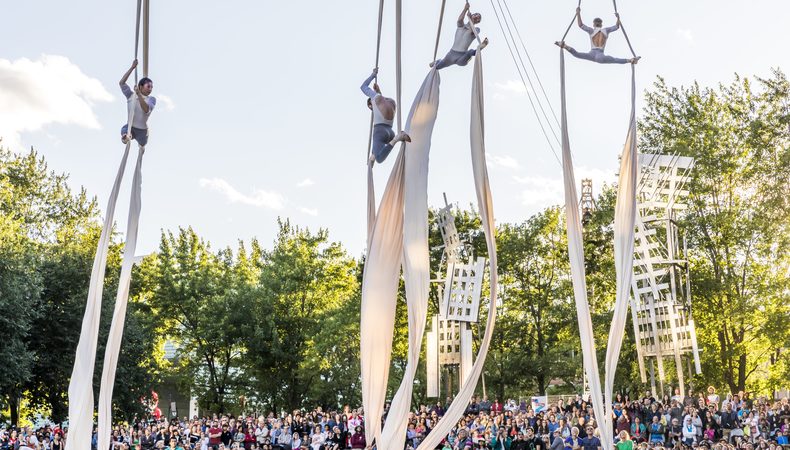 A key festival for the city to strut its circus stuff, MONTRÉAL COMPLÈTEMENT CiRQUE will be running throughout the NHL Draft and the during the following weekend. Lasting from July 7 to 17 overall, walks around the city’s main thoroughfares will reveal family-friendly performances and activities offered by artists from the Netherlands, Finland, Sweden, Guadeloupe, France and Canada. Don’t miss this amazing annual event.

The Society for Arts and Technology (SAT) is one of the city’s keystone spots to catch cutting-edge art, but during the weekend of the NHL Draft it will be possible to view screenings of the SAT Fest winners. Running from June to July 30, seven winning films of the festival’s 2022 edition will be shown on its 360° spheric projection screen. Don’t miss out on the menus, wine and cocktails of the in-house restaurant Labo culinaire - Foodlab either.

If you’re so happy about the results of the NHL Draft that you just need to dance it off, then the quality electronic music performances of Piknic Électronik is the right place to do it. Catch the dancing on July 10 until the sun goes down at its venue on Île Sainte-Hélène, and know that you ended your weekend with a bang alongside some of the world’s hippest DJs.