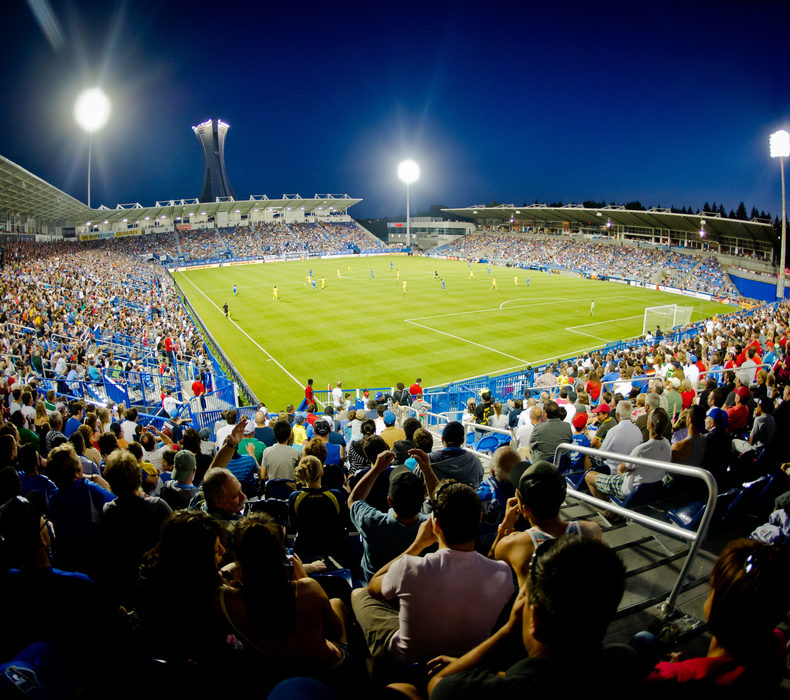 The Montréal Impact ring in a new soccer season

More dependable than a groundhog sighting, there’s no surer sign that spring is on the way than the start of the Montréal Impact’s soccer season. And in 2020, the city’s much-loved Major League Soccer (MLS) club will once again be kicking its championship ambitions into high gear.

Founded in 1993, the Montréal Impact enjoy a loyal and ever-strengthening fan base in the city, especially in recent years as the popularity of soccer continues to grow by leaps and bounds, not only in Québec but across the country. The Impact draw more than 20,000 fans on average to raucous, albeit very family friendly, home games on the striking outdoor, natural-grass pitch of Stade Saputo (in fact, its 20,801-seat capacity rivals that of one of the city’s other beloved pro sports franchises, the Montréal Canadiens, whose Bell Centre home ice has a capacity of 21,273). Moreover, playoff games at the adjacent Olympic Stadium have been known to draw in excess of 60,000 team faithful.

When it comes to the Impact, soccer is definitely a family affair, and Saputo Stadium has the answer for those who want to catch the match with the whole clan: the Nutrilait Family Corner. Located in sections 116 to 118, the Family Corner features a Panna Cage where kids can emulate their on-field heroes, an artist corner for doodling, and a miniature playground. And if you’ve forgotten to bring blankets, seat cushions, hand sanitizer, sunscreen or what have you, the Concierge Desk has you covered.

Soccer is a sport rich in traditions, and the Impact have a particularly noteworthy one of their own: the famous North Star Bell. Property of the 1642MTL supporters’ club (named after Montréal’s founding in 1642), and located in section 114 of Saputo Stadium, the gigantic bell is rung loudly and proudly after each goal and victory. The bell — which measures five feet high, 44 inches wide and weighs a staggering 1,576 pounds — was rung 27 times in the 2019 season, and is so popular that it was even added to the team jersey last year.

The Impact’s regular season this year consists of 34 games, 17 of which are home games at the outdoor Saputo Stadium and indoor Olympic Stadium (in the cold-weather months), and 17 on the road. The Impact will play their first official game on February 19, when they take on Costa Rican club Deportivo Saprissa in the first leg of the round of 16 of the Concacaf Champions League, in San José. The second leg will be played on February 26 at Olympic Stadium, a few days before the Impact’s official MLS season home opener against the New England Revolution, also at Olympic Stadium, February 29. The regular season wraps up at home against FC Cincinnati, October 4. As with all Impact home games, it's highly advisable to purchase your tickets in advance.