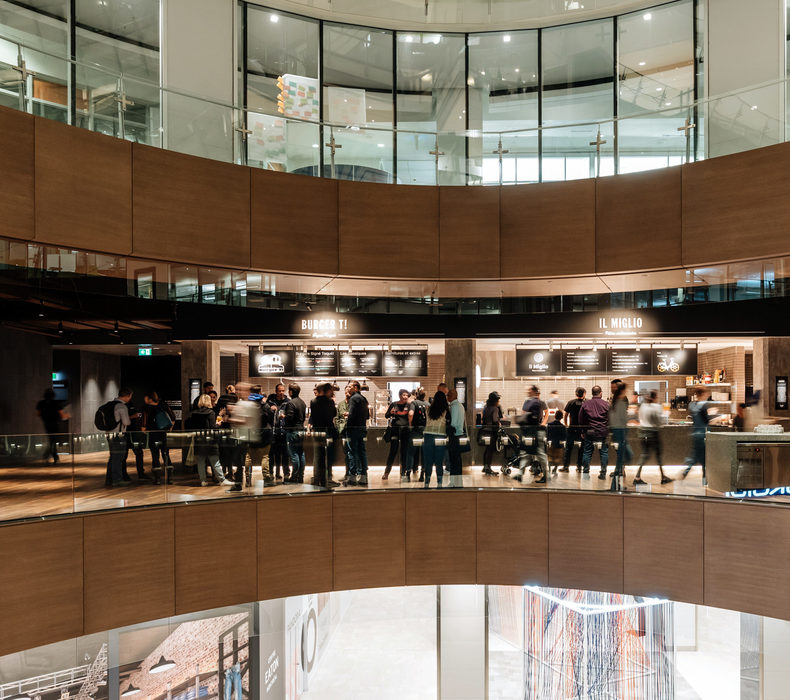 From French to Italian to endless choice at cool new food markets, Montréal’s downtown food scene is heating up this winter.

Just steps from Gare Lucien L’Allier, the Bell Centre and much more, Bazarette is both a café and a wine bar. Open from 7 am and serving coffee all day before easing into wine service and bites in the afternoon and evening, Bazarette is great for grabbing a hot cup of java in the morning and ending your day with a delectable after work 5 à 7.

Located in the newly renovated Le Germain hotel Montréal, Le Boulevardier and sister bar, le Flaneur, are a stunning new concept designed by none other than Montréal’s own Atelier Zébulon Perron. The decor blends both a contemporary style with vintage flair and is meant to reflect the design of the hotel. The menu features a solid offering of French cuisine that fits in as well at Le Boulevardier as it would in the brasseries and cafes of Paris. 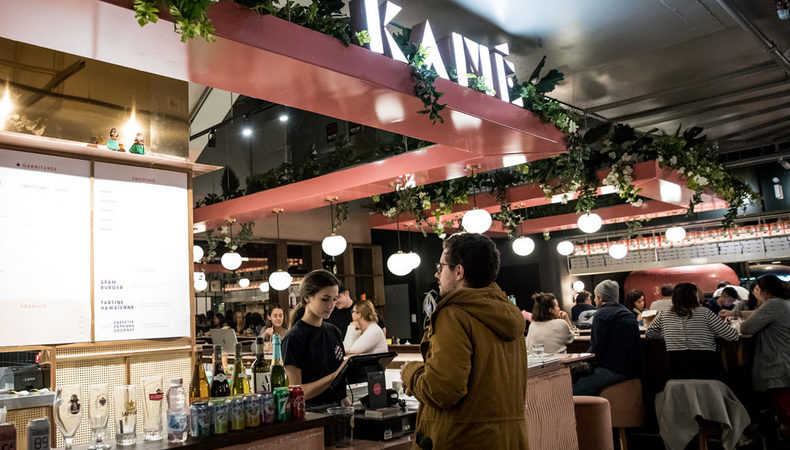 The reboot of food courts in Montréal started with LE CENTRAL. The hot new food hall recently opened on the busy corner of Saint-Laurent Boulevard and Sainte-Catherine Street and brings together over 25 restaurants, bars, a cafe and more. The eclectic and bustling space will have you feeling like you’re visiting the world while staying put in Montréal. Babkech, Thip-Thip, Heirloom Pizza, Misoya and Pintxo are just some of the restaurants featured at LE CENTRAL.

After a couple of years focused on temporary restaurants such as EAT and Nom Nom, the W has finally settled into a permanent restaurant relationship with Tbsp. The gorgeous new space features blue hued Brazilian marble floor, a ceiling meant to evoke feeling underwater and a chic new bar. Behind the scenes, the kitchen, led by Joris Larigaldie, serves up Italian inspired fare, including delicious and inventive takes on fresh, homemade pasta. 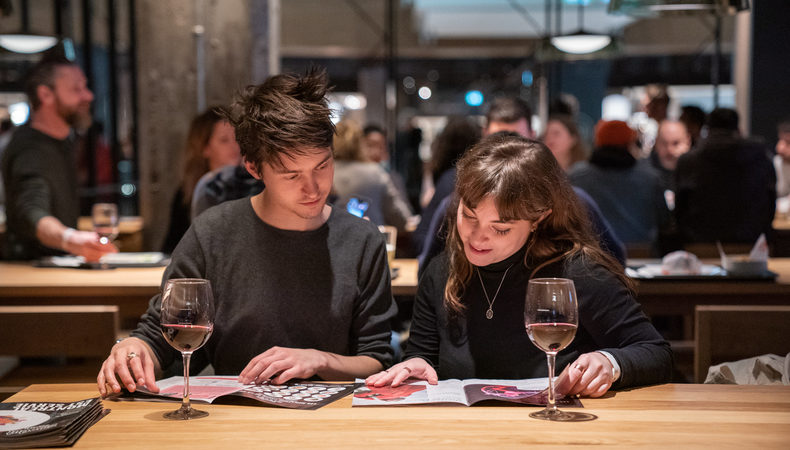 From the second we learned that Time Out Market was setting up shop in Montréal, nothing could stop the hype from building to epic heights. Now that the slick new market is open, we can admit that the hype was justified. Featuring superstar restaurants (such as Moleskine, Le Club Chasse et Pêche, Grumman ‘78 and many, many more) and chefs from around the city, Time Out Market brings some of the best food we have to offer under one roof. Perfect for 5 à 7 or a pre-show nibble and sip, this is the one Time Out Market you’ll look forward to.