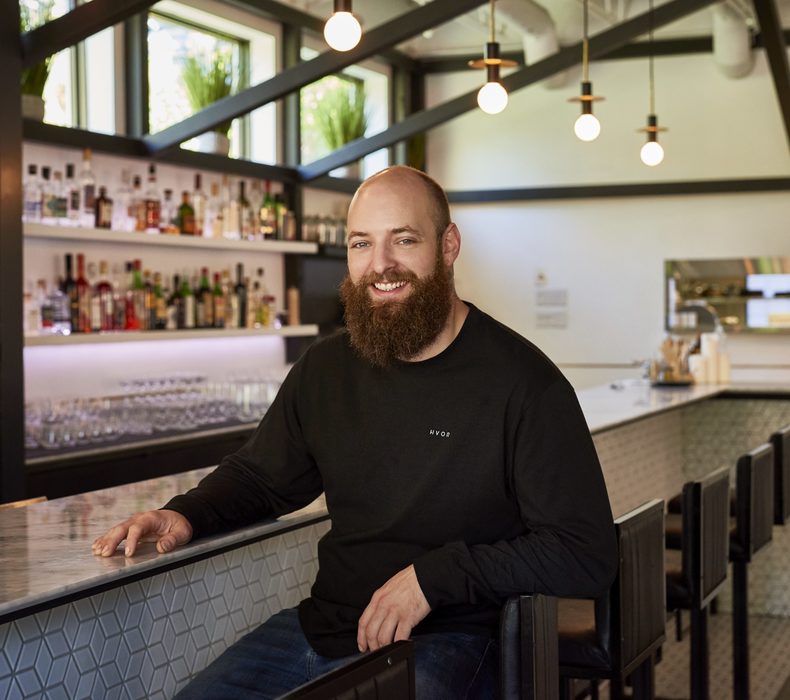 Phil Tees became a Montrealer at 12 years old, when his family moved here from Vaudreuil, but he spent a good decade travelling before settling back down here. During what he calls his Great Canadian Adventure, he worked in kitchens in Alberta, Nunavut, Northwest Territories, Newfoundland and Québec. He joined the team at HVOR (now ASADO), in the heart of the action in Les Quartiers du Canal, in 2017.

What does Les Quartiers du Canal mean, to you?

It means home, because I live 10 minutes away from the restaurant! I love this neighbourhood. This is where I come with my wife to eat every week. I have lots of friends in the restaurant industry here. It’s great that you’ve got the urban, city-centre side, but also the green side for someone like me, who loves the outdoors – you can go to the edge of the water and take a break.

What are some discoveries you made here since you opened?

The shared love of the neighbourhood. Gentrification is everywhere, and that doesn’t exclude Griffintown and Little Burgundy, but here it’s done with respect. In terms of restaurants the wave started with Joe Beef, which is so anchored into the way Little Burgundy was at its roots that I think everyone else tried to join in that respect. When you look at places like Liverpool House and Perles et Paddock, there’s a love of the neighbourhood and its history. 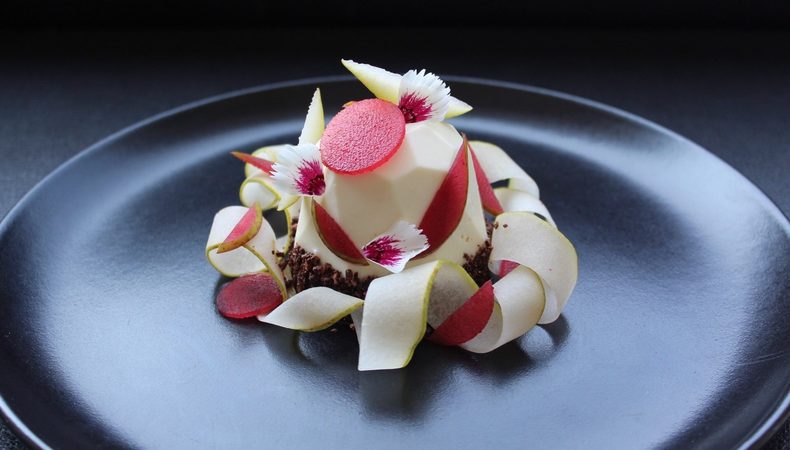 Where do you go for last-minute errands?

To the Atwater Market. I have everything at the tip of my fingers!

Is there anywhere you like to go after a long day’s work?

At Foiegwa. It’s open late, it’s delicious, and with the Atwater Cocktail Club right there, it’s really got everything. Perles et Paddock is also one of my favourite stops in the area.

What flavour does ASADO add to the neighbourhood?

Veggies! Our bees, our big garden – we offer a tour of the garden to whoever wants it, and there’s even a table among the greenery. We have three rotations: spring, summer and fall. Certain things like spinach and kale grow even after the first snow.

What kept people coming back to HVOR?

The food. We work with local and Canadian ingredients as much as we can, and we try to tell a story with our dishes. We serve our ingredients as naturally as possible.

What are some Québec products you use on a regular basis?

In the summer we work with produce from Montréal’s own Ferme de l’Île. We also use lots of Québec spirits, including gin from Rawdon. I also love the trout from Ferme Piscicole des Bobines, in East Hereford.

Do you have a favourite ingredient these days?

I recently discovered saffron grown in the Eastern Townships by Maison Le Clan – it’s insane. It’s pricey, at $45 a gram, but it’s so good. I also fell in love with the La Station dairy farm, especially with their Alfred Grand Cru cheese. It’s only available at the dairy because they make so few.