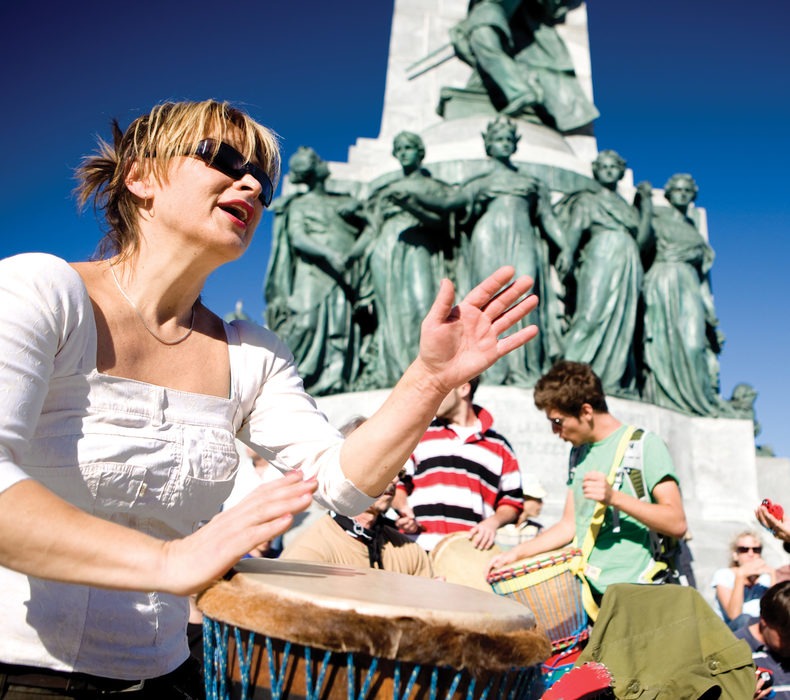 Get the Beat of Montréal’s Tam-Tams

The rhythm will draw you in from blocks away. You’re strolling on the Plateau after Sunday brunch, when suddenly – faintly – you hear the beckoning beat from the base of Mount Royal. Drums, tam-tams, tablas and sticks striking the back of park benches all mesh together: It’s the Montréal Tam-Tams! 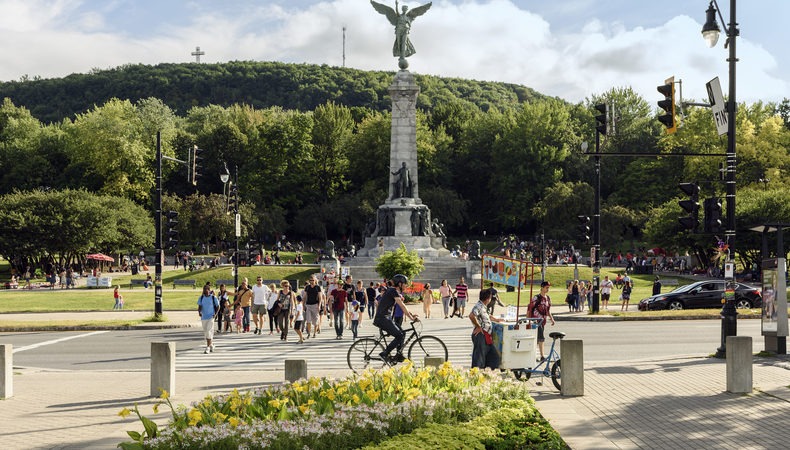 Mount Royal was landscaped by the man behind New York’s Central Park, Frederick Law Olmsted. Since its inauguration in 1974 crowds have gathered at its base, in the stretch of Parc Avenue between Pine Avenue and Mont-Royal called Fletcher’s Field. Oral history says the well-to-do picnickers and sunbathers were first joined by amateur drummers in the 1960s, when a small group of friends started to gather for a weekly jam – that was only the beginning. The group grew, welcomed strangers, and inspired dancers around them – today, the Montréal Tam-tams have become a genuine institution. 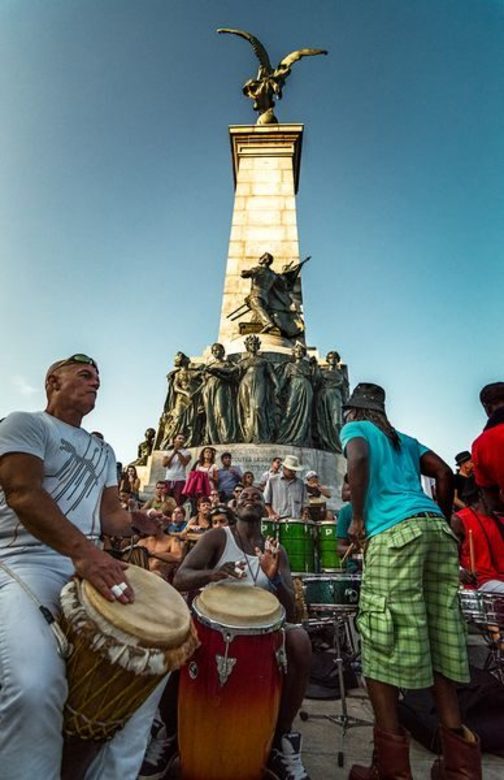 From noon to sundown every Sunday, you’ll be amazed to see how many people can fit on Fletcher’s Field. The Montréal Tam-Tams are like a communal garden party, featuring everything from bocci games on the lawn to cucumber sandwich-picnics, hacky sack battles, capoeira demos and larping galore. There’s also a bustling marketplace too, set out on blankets, where you can buy craft jewelry, vintage clothing, juggling accessories and percussion instruments of every sort – just in case you want to join in. The tough part? Finding a free spot on the grass! 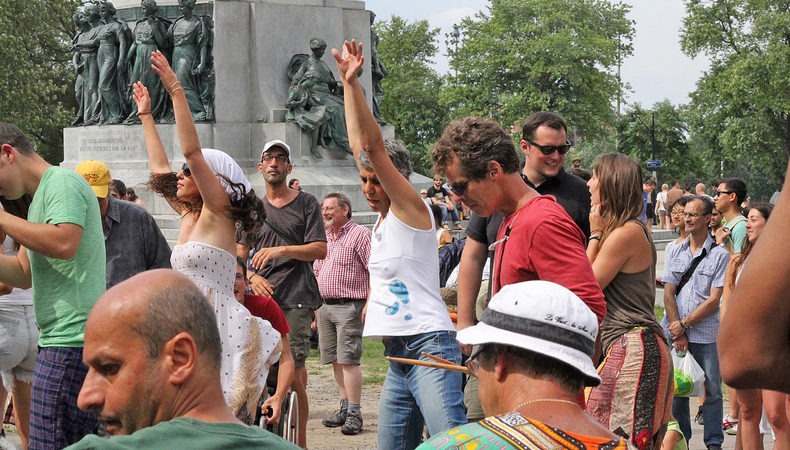 Dancing the day away

In Montréal, where there’s a beat, there’s a crowd! The centerpiece of the Tam-Tams is the alfresco, sun-drenched dance floor that forms on the marble steps around the George-Étienne Cartier Monument, topped by the winged goddess of unity. The mass of percussionists – mostly amateur, some good enough to be pro ­– surrounding them. The jam sets the tone for the whole neighbourhood, like the beat of so many hearts. After you’ve taken in the scene and people-watched your heart out, make sure you stroll up Mount Royal – as the beat softens with every step, you’ll find a whole other kind of sensorial escape. 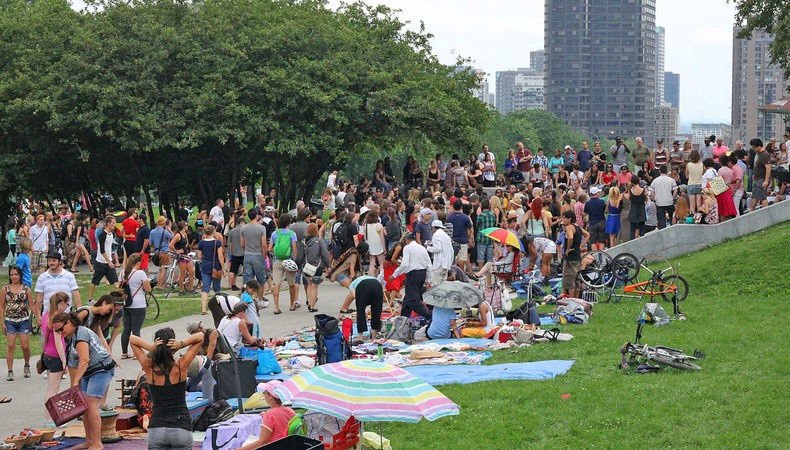 Eating to the beat

Every open-air party needs refreshments, and at the Montréal Tam-Tams that means food trucks. There are always a couple parked on Parc Avenue on Sunday to help replenish the calories lost dancing, plus there are ice cream sellers here and there on bikes, for dessert. If you’re up for a bit of a walk, head to the top of the mountain to the Mount Royal Chalet, where the refurbished café offers countless tasty sandwiches, sweets and treats, not to mention thirst-quenching delights like flavoured water and homemade lemonade. They’ll be most welcome after those hundreds of stairs!