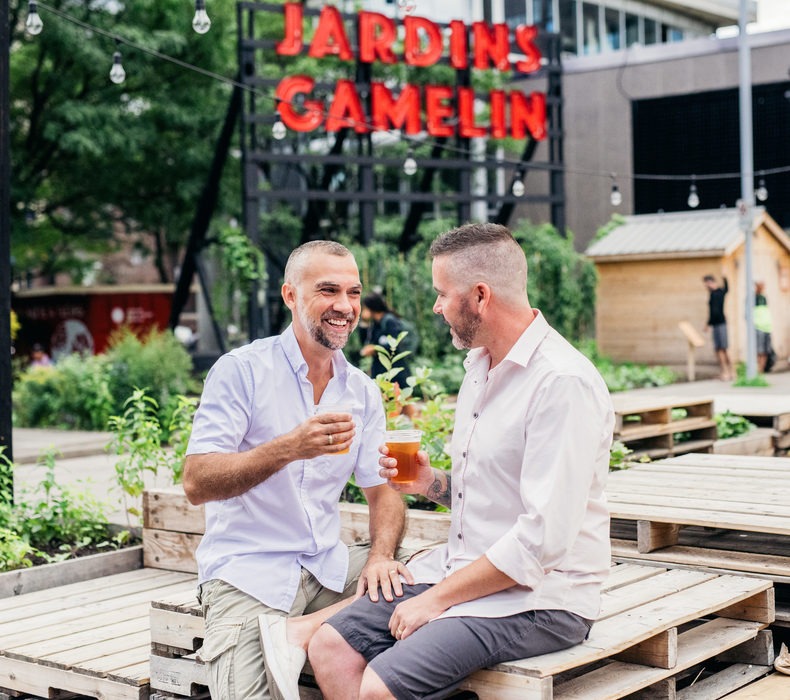 Image+Nation founded Canada’s first LGBTQ+ film fest in 1987 and continues to play a trendsetting role within the larger festival circuit and an essential role in the lives of LGBTQ+ people by fostering community and identity.

“It’s been a dream of ours to create an event that honours the perfection that can be a short film, the often neglected and underappreciated film format that is the lesser known cousin of the feature film we are used to seeing,” says festival director Charlie Boudreau.

Image+Nation’s digital Queer Short Film Festival can be screened from the comfort of your own home. Here are the major themes and programs at this year’s premiere edition.

The Youth & Elders program focuses on narratives of growing up and growing older as an LGBTQ+ person. This program shines a light on youth and elder queer stories, creating an intergenerational dialogue with films like I am Mackenzie and Wings.

The Family Fun for Everyone program presents a carefully curated lineup of kid-friendly films with fun animation and comedy, including the superb In a Heartbeat, about a boy who risks being outed by his own heart after it pops out of his chest to chase down the boy of his dreams.

The First Voices program spotlights bold films from countries and perspectives that see little representation in the queer cinema canon, stitching a rich and diverse tapestry of identities explored in such films as the 40-minute The Touching from Czech Republic and, Неонски срца (Neon Hearts) from Macedonia.

The program A Question of Gender celebrates the richness of the queer experience, exploring themes of identity and gender beyond the coming out tropes in such films as Elagabalus and Ladies, Gentlemen and Everyone in Between.

The Indigiqueer Shorts program showcases Indigenous 2-spirit realities in Canada New Zealand and Hawaii in such films as Woman Dress and Nancy from Now On.

The Animation / Drawn To You program showcases the world’s brightest up-and-coming LGBTQ+ animators. This mature content of this animation program is not recommended for children. Highlights include the Australian short Mother Bunker: Set during the robot-human war, a military robot called “Mother” expresses herself in human drag and performs for an adoring robot army.

Queer Comédies Courts serves up laughs from LGBTQ+ comedy creators, including Free Fun from Cyprus / Turkey; Francocourts 1 and Francocourts 2 present titles from francophone countries, like Martinique’s Zanmi and Citégalité (Equalicity) from France; Queerment Québec 1 and Queerment Québec 2 celebrates the work of local filmmakers; and  Made au Canada 1 and Made au Canada 2 showcases national talent, including Queer Nation by and about Montréal’s legendary House of Pride.