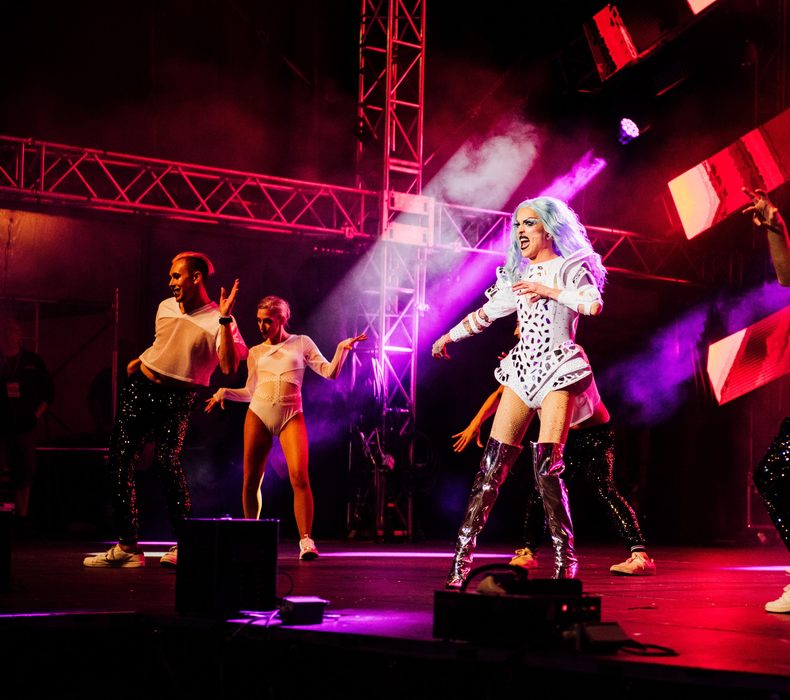 Montréal Pride is the largest LGBTQ Pride in the Francophone world, whose 2020 digital "360 Edition" runs  from August 10 to 16.

In 2019, some 3.4 million visitors attended Montréal Pride, and this year tens of thousands of people worldwide are expected to view more than 60 events online, including free concerts by Melissa Etheridge, Adam Lambert and all the Queens from the blockbuster RuPaul spin-off Canada’s Drag Race, including Montréal’s very own Rita Baga and Kiara.

Below are some 2020 Montréal Pride programming highlights:

Under the curatorship of Uwayo Dushime, AfroPride presents one hour of daily programming dedicated to the Black Queer Trans Lives Matter movement beginning at 10 am on Montréal Pride’s YouTube channel.

Closed Circles will also be organized and facilitated by Kama La Mackerel and Vincent Mousseau.

The closing T-Dance (August 16) will feature a DJ set by A$h Banks.

The politics of Pride

Montréal Pride officially launches its 360 Edition with an Indigenous Opening Ceremony on August 10 at 11 am, followed by speeches and the presentation of this year’s political and social demands.

Because of the COVID-19 pandemic, Montréal’s Pride parade and Community Day have been postponed to August 2021.