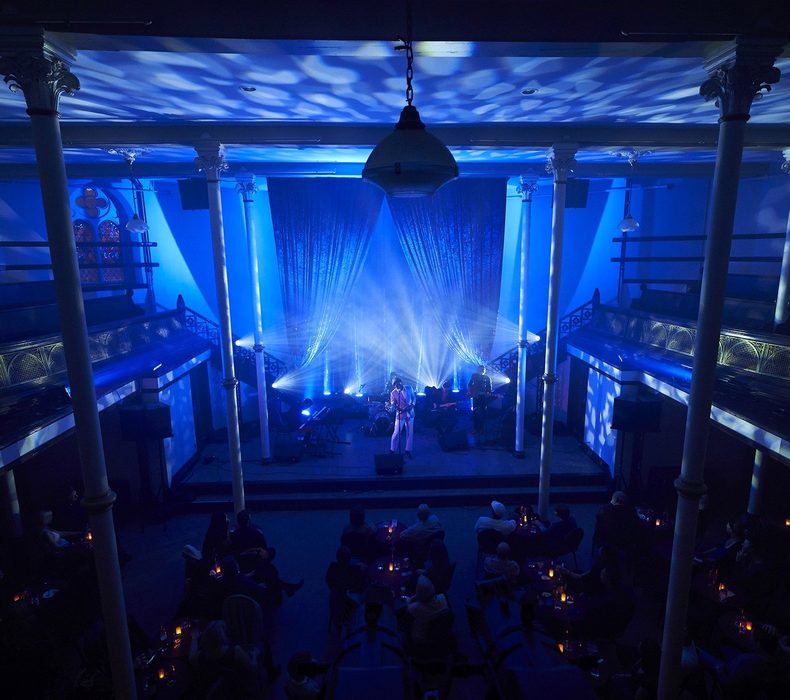 The origins of Montréal disco

The French word discothèque – which combines ‘disque’ (record) with ‘bibliothèque’ (library) – describes a nightclub where patrons dance to recorded music. Many claim the first discothèque to open in North America was La Licorne in Montréal in 1963. By the 1970s, the abbreviated ‘disco’ was used to describe nightclubs like the Lime Light.

Disco soon became a musical genre unto itself, rising to popularity in Black, Latino and gay nightclubs in the early 1970s, and became the soundtrack of Gay Liberation.

In Montréal, following the cosmopolitan explosion of Expo 67 and during the political and social turbulence of the 1970s – from the terrorist Front de libération du Québec to the systematic police raids of downtown LGBT establishments – feel-good disco music was a new salvation.

In 1979, Billboard called Montréal the second-most important disco market in North America. The city’s 50 dance clubs – including Régines, 1234 (which booked everybody from Grace Jones to Village People), and the Lime Light – fueled a thriving local music scene that produced its own artists and records, and remixed imports.

The Godfather of Montréal Disco

DJ Robert Ouimet was the principal house deejay at the Lime Light from 1973 to 1981.

Ouimet was always looking for new music, and helped break many songs in North America, such as the landmark “I Feel Love” by Donna Summer: “I used to go to New York all the time during the week. Then I used to work in Montréal on the weekends.”

In 1976, Ouimet was crowned best North American DJ by Rolling Stone magazine and was awarded Billboard magazine’s DJ of the Year Award in 1977.

Ouimet says mixing records was an art: “Disco was great because you had down-tempo stuff, mid-tempo and up-tempo stuff. I would start at 90 beats-per-minute and finish at 135-140. You don’t see that anymore.”

Today the hugely influential Ouimet is hailed as the Godfather of Montréal disco.

Montréal disco queen France Joli became an “overnight success” at the age of 16 on July 7, 1979, when she headlined the legendary Fire Island beach party for 5,000 gay men now famously known as “Beach ’79.”

When Donna Summer cancelled at the last minute, Joli stepped in as replacement and sang Montréal producer Tony Green’s song “Come to Me”, which would chart at #15 on the Billboard Hot 100, then at #1 on the disco chart. The song is known as “the definitive Fire Island dance classic” and Joli continues to headline disco revues and Pride celebrations across North America to this day.

The sounds of Montréal disco

France Joli was not the only artist to spring out of Montréal’s flourishing disco scene: local record labels signed, recorded, and promoted many local entertainers.

Montréal’s Lime Light disco was a glamourous game changer: it attracted celebrities long before Studio 54 even opened, and was a favourite hangout of international delegations during the 1976 summer Olympics.

The Lime Light welcomed such visiting celebrities as Alice Cooper, Rick James, Freddie Mercury, Kraftwerk, Elton John, David Bowie and Iggy Pop. Performers at the club included Gloria Gaynor, Grace Jones (who was a regular before she became famous), The Ritchie Family, Donna Summer, The Trammps, James Brown (who performed there for five nights in May 1977, two shows per night) and France Joli.

Says Robert Ouimet, “The Lime Light really was better than Studio 54, and that’s mostly because it was a fun place for everybody – men, women, black, white, straight and gay.”

The legacy of Montréal disco

The “Disco Sucks” movement would claim many discos across North America, but dance music never went out of style in Montréal.

The popular 2011 motion picture Funkytown was inspired by the Lime Light (renamed the Starlight in the film), the outdoor Disco Capitale music festival showcases live performers and marquee DJs on Montréal’s legendary downtown Crescent Street each year, and DJ Robert Ouimet spins at Mundo Disko at Montréal Pride each summer.

The Lime Light’s golden era ended with the departure of Yvon Lafrance in March 1983, but today another landmark Montréal nightclub, Stereo, continues the DJ culture and dancefloor revolution pioneered by the Lime Light.

Listen to our Montréal disco playlist.