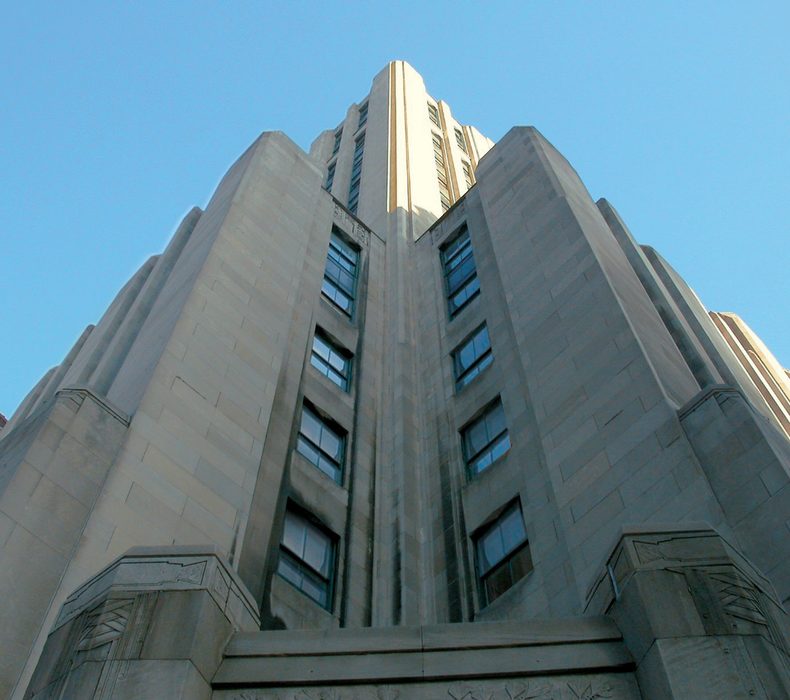 From Paris to Montréal

The founding president of this non-profit organization, architectural historian Sandra Cohen-Rose, is the author of Northern Deco: Art Deco Architecture in Montreal, the first book on Canadian Art Deco published, in 1996. “Art Deco in Montréal isn’t just concentrated in one area like it is in some cities,” Cohen-Rose says. “It’s all over the city. And I find that the Art Deco we have in Montréal particularly reflects the spirit of the people of that time.”

Here are some choice Art Deco architectural gems to explore in Montréal.

The 1929 Aldred Building is an icon of the city. The 23-storey ziggurat-style limestone building was designed by architect Ernest Isbell Barott of the firm Barott and Blackader for Aldred and Company, an international finance company based in New York, and named for John Edward Aldred, president of the Shawinigan Water & Power Company which merged with Hydro-Québec in 1963.

The Maison Cormier, designed and built in 1930-31 by architect Ernest Cormier as his personal residence, is closely associated with former Prime Minister Pierre Elliott Trudeau who acquired the Golden Square Mile property and lived in the house until his death in 2000. Cohen-Rose notes that Maison Cormier is “one of the few Art Deco houses in the world to retain its original splendor.” 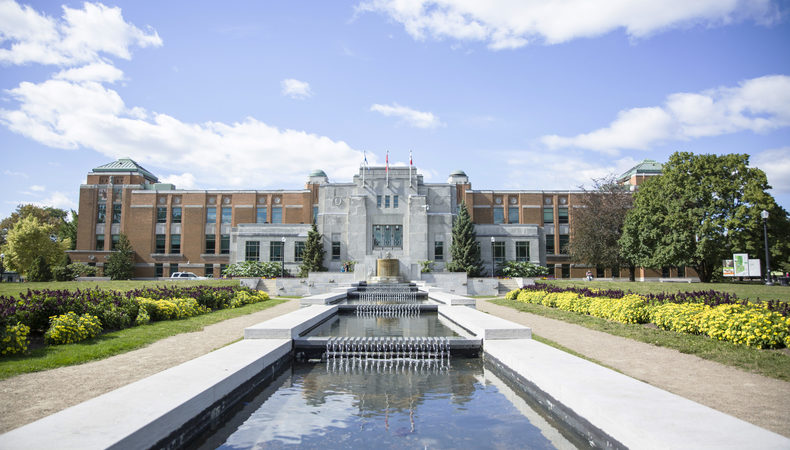 The Central Pavilion of the Montréal Botanical Garden was designed by architect Lucien Kéroack and built in 1932. It was one of the 20 Art Deco public buildings commissioned by beloved Montréal Mayor Camillien Houde during the Depression in a wide-scale government make-work project. Today, the 75-hectare Montréal Botanical Garden is home to more than 20 thematic gardens and 10 greenhouses, and is part of Space for Life, the largest natural sciences museum complex in Canada, which also comprises the Rio Tinto Alcan Planetarium, Biodôme, Biosphere and Insectarium. 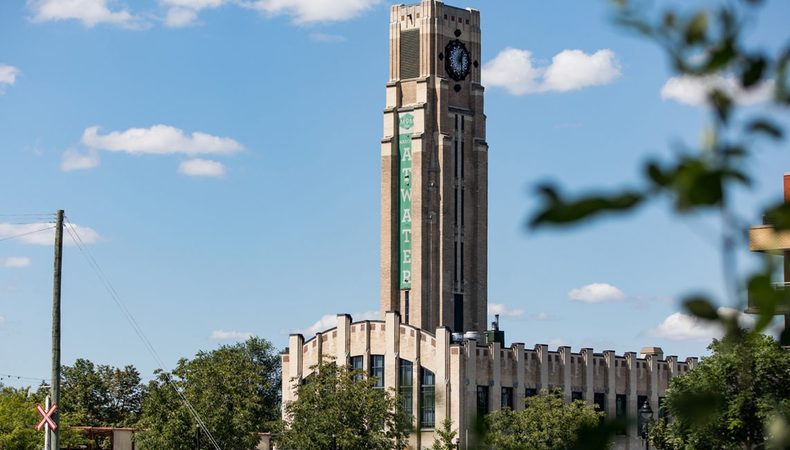 Another Depression-era make-work project was the Atwater Market, designed by architect Ludger Lemieux and his son Paul, opened in 1933 and is still in use as a public market to this day. 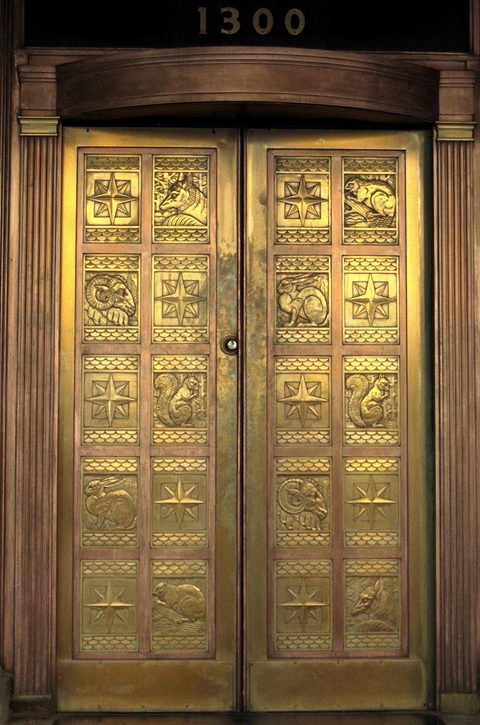 The iconic 1937 former Holt Renfrew building won a Royal Architectural Institute of Canada Medal for its architects Ross and Macdonald. The building features rounded corners frequently found on Art Deco buildings. In 2020, the building was acquired by Brasswater Group Quint and is being converted into a mixed-use retail and office development. Meanwhile, Holt Renfrew moved into the Ogilvy department store (1307 Sainte-Catherine Street West) and is now known as luxury retailer Holt Renfrew Ogilvy.

The ironwork Art Deco gold lettering above the entrance of the Crescent Building, designed in 1930 by architects Perrault and Gadbois, helps unify the total design. Inside, the foyer is also gorgeous. 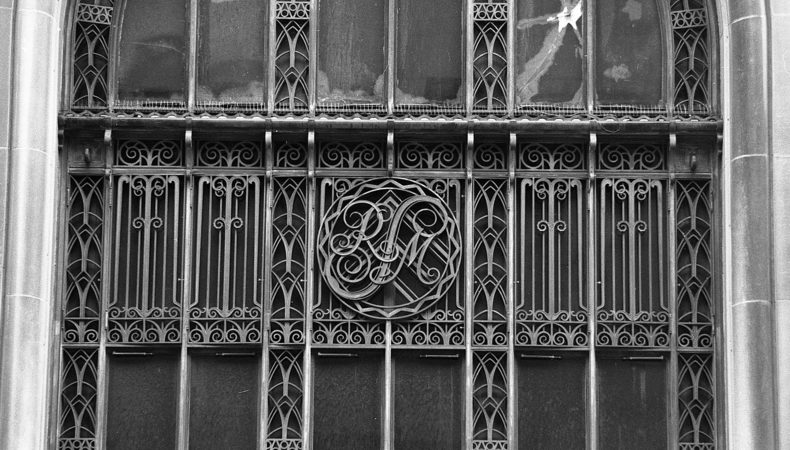 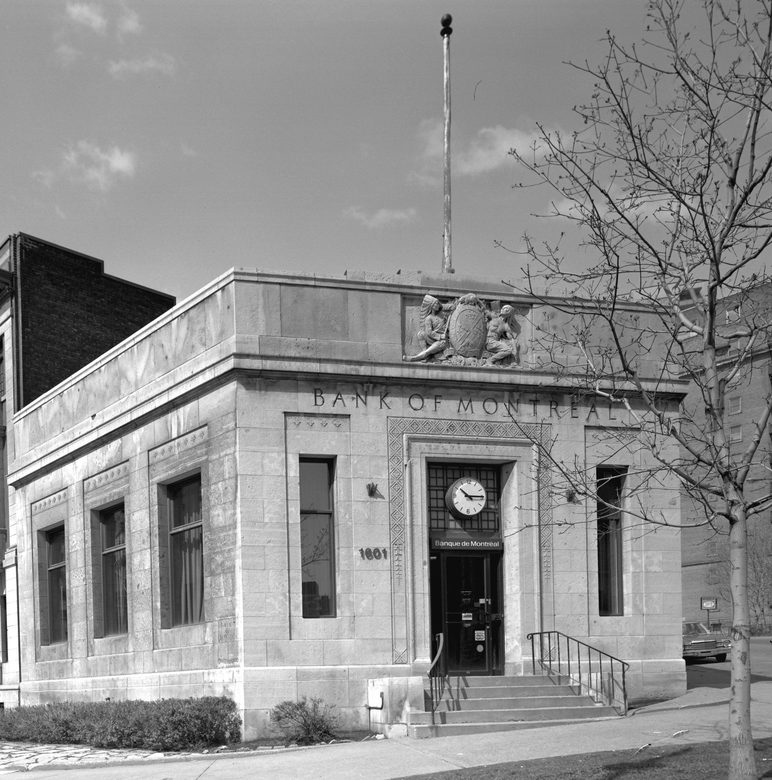 The Bank of Montreal branch on the northwest corner of Guy and Sherbrooke streets was designed in 1928 by the same architects who designed the iconic Aldred Building a year later, Barott and Blackader. Nearly a century later, the building has changed little and remains a busy BMO branch. 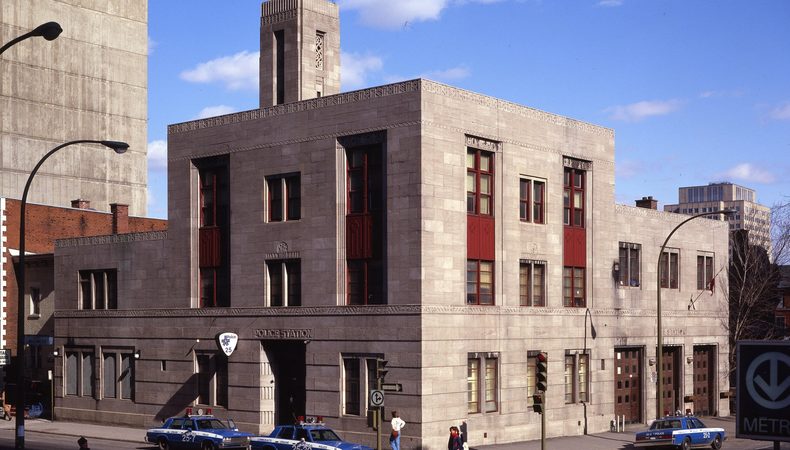 All Montréal police and fire stations built in the early 1930s are in the Art Deco style, including Police and Fire Station No. 10 located on the southeast corner of De Maisonneuve Boulevard West and Saint Mathieu Street. Designed by Shorey and Richie, the limestone building with its Art Deco tower won first prize in the 1931 Royal Architectural Institute of Canada public building category. Today, the building is still home to a fire station that services the historical Shaughnessy Village neighbourhood. 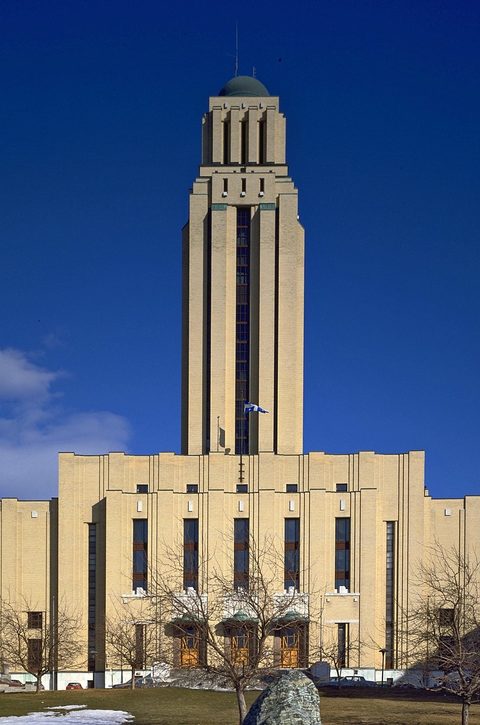 The Université de Montréal’s landmark main pavilion is the city’s final great work in the Art Deco style, built between 1924 and 1942. It was designed by revered Montréal architect Ernest Cormier who designed some 50 buildings during his illustrious career. 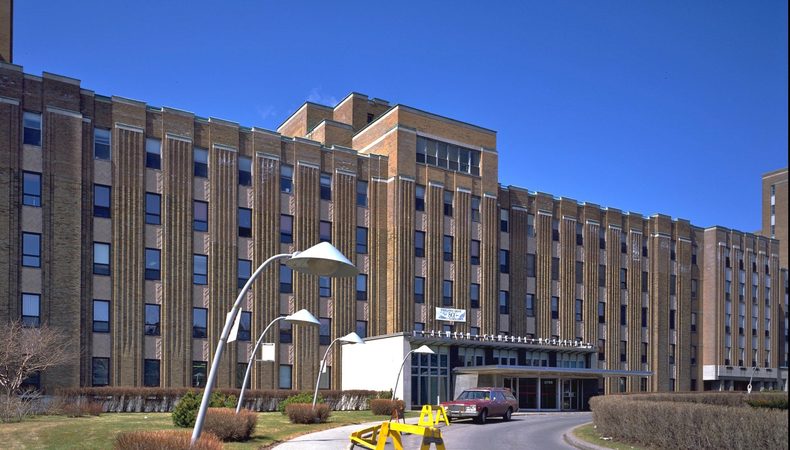 Other notable Art Deco buildings and designs include the historic Drummond Medical Building (1414 Drummond Street) designed by Percy Erskine Nobbs in 1929, and the Jewish General Hospital (3755 Côte-Sainte-Catherine Road) which was designed by architect J. Cecil McDougall and associate architect C. Davis Goodman, and completed in 1931.

The Votive Chapel inside Montréal’s majestic Saint Joseph’s Oratory of Mount Royal, a designated National Historic Site of Canada and one of the world’s great Catholic basilicas – where the tomb of Saint André is sculpted in black marble – was conceived in an Art Deco style.

If you are arriving in Montréal by train, be sure to check out the Art Deco bas-relief friezes inside Central Station (895 De la Gauchetière Street West) depicting Canadian life, which were designed by Charles Comfort and executed by Sebastiano Aiello. The railway station was inaugurated in 1943. 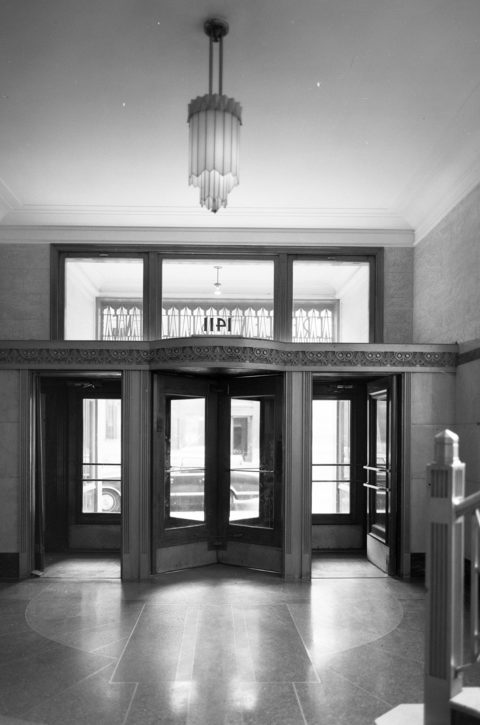 In her book about Montréal Art Deco, Sandra Cohen-Rose writes that Northern Deco buildings “are decidedly different from the Deco architecture of Los Angeles, New York, Washington, Detroit or Miami. From the high-style Deco of the Aldred Building, to the classical lines of Université de Montréal and the streamlined modern feeling of Holt Renfrew, Montréal architecture fully embraced the last ornate style prior to the unadorned International Style.”