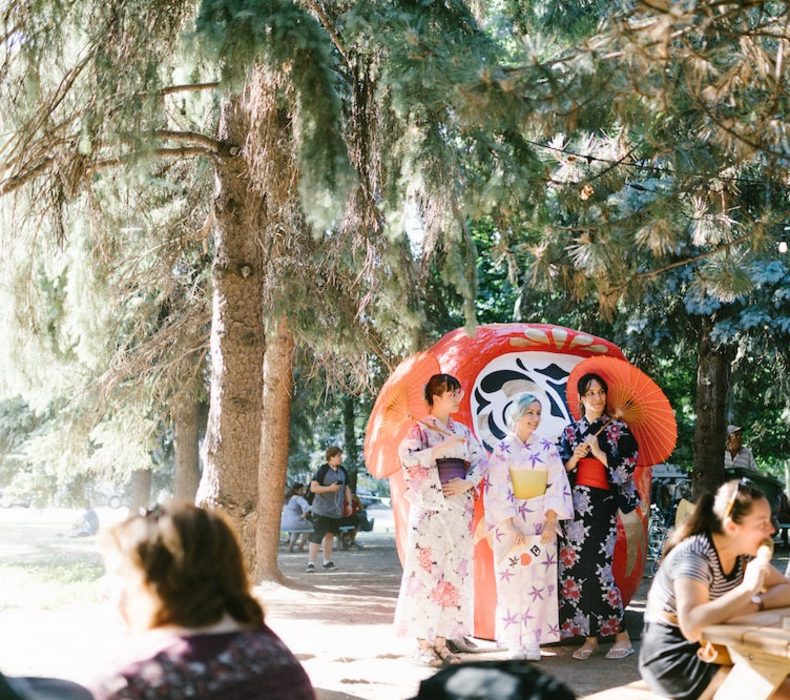 “People say Yatai MTL is a bit like going to Japan without travelling there,” says Yasuko Tadakoro, co-founder of the summer festival celebrating Japanese street food and the culture that goes hand in hand with it. This year Yatai MTL moves from its usual outdoor location to several Japanese restaurants and virtual events taking place from August 21 to 23.

“We first imagined this festival in 2016 when we were walking through Fukuoka City in Japan, where there are permanent and popular yatai,” says Yatai MTL co-founder Thien Vu Dang of the small, mobile food stalls that inspired the festival – the tradition dates back to the early 1600s in Japan but has always been influenced by contemporary life.

“At that moment, street food was still new in Montréal and so were food trucks,” says Thien. “We asked [POP Montréal’s summer park program] Marché des Possibles if we could do an event called Ramen Rumble: we had a ramen chef, made a fb event, did zero promotion, yet a thousand people came.”

Yasuko comments that though Montréal had Japanese and fusion sushi restaurants at the time, few of them felt like contemporary Japan when stepping through the door, and even fewer made yatai dishes.

“I wanted to share the Japan I know, the everyday life, show that it's not all robots and animation and pop culture.”

The unique food culture of yatai

As Yatai MTL grew, it brought together Montréal's growing new Japanese restaurants to share their love of authentic street food and the culture that surrounds it. “Food is the major element that attracts people to the festival, of course,” says Thien, “but there's also the unique ambience and culture of it. Japanese people living in Montréal and even Japanese tourists come to the festival for that too – it reminds them of being in Japan, even though they're on the Plateau.”

Though this year's festival is a hybrid event, Thien says the neighbourhood ethos of Yatai MTL is still strong: “It's about discovering restaurants and eating in the street with others. You can walk from one location to the next to try different dishes.” 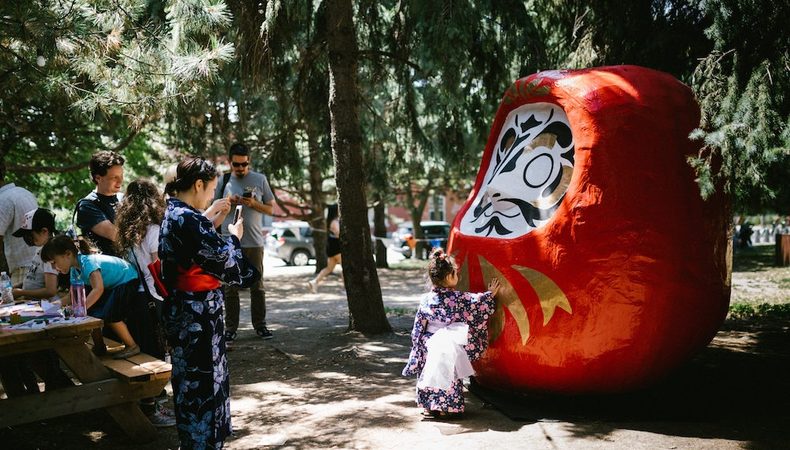 “Since I came Montreal almost 20 years ago, it's always been all about the people for me,” says Yasuko. “It's the music, festivals and restaurants, and at heart it's Montrealers who are curious about new things, open to different cultures and feel free to talk with anyone. They’ll say, 'I like your dress, I like your bag' – that never happens in Japan. I love it.”

“People here often act like they're in a village even though they're in a big city,” says Thien. “There are so many things happening in Montréal, so many surprises that bring the city alive.”

“It's not only about the diversity of people and culture and food here, but all that diversity harmonizing together in one city.”