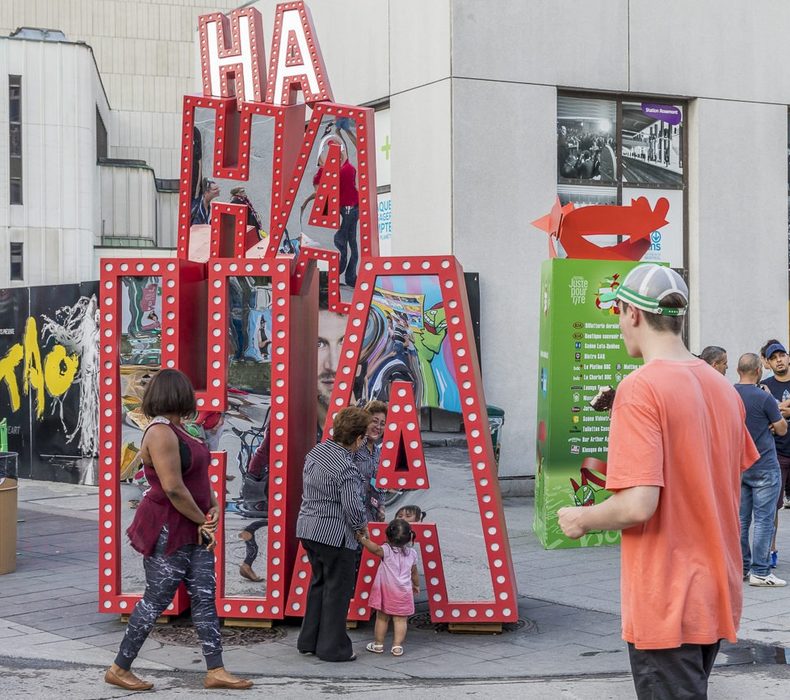 Comedy fans looking for some comic relief during the coronavirus pandemic can watch Just For Laughs live comedy shows onstage from the comfort of their cars at The Royalmount Drive-In Event Theatre on July 24 and 25.

The Relationship Show on July 24 (7 and 9:30 pm shows) is hosted by Cash Cab’s Adam Growe, with an interactive quiz show to start off the night. The Relationship Show also features Just For Laughs favourite Graham Chittenden, Eman El-Husseini from The Debaters, CBC Laugh Out Loud host Ali Hassan, and Toronto's Jean Paul.

Comedy Night in Canada on July 25 (7 and 9:30 pm shows) is also hosted by Adam Growe, with an interactive quiz show to start off the night with a stellar line-up of some of Canada’s brightest talents including JUNO award winner for “Comedy Album of the Year” Ivan Decker, Baroness von Sketch writer Jess Salomon, Italian-Canadian Frank Spadone and Montréal veteran Eddy King.

The best of Montréal

We asked Eddy King, married couple Eman El-Husseini and Jess Salomon (based in New York City) and Toronto-based Montréal native Ali Hassan what it’s like to perform in Montréal during these uncertain times.

“There’s nothing better than performing in Montréal. It’s so good in fact, I’m confident it will still be fun even against the backdrop of a global pandemic and even if the laughter is trapped inside people's cars and never makes its way to my self-esteem.” – Jess Salomon

“Since we were in New York, we are so happy Canada let us back in our hometown of Montréal! I like how this pandemic in French sounds like a high fashion line: COVID Dix-Neuf. As if Coco Chanel dropped a new perfume for the occasion. Performing in a drive-in is ideal in Montréal. Land of road rage! It’s about time we give our cars a chance to just park and enjoy some entertainment.” – Eman El-Husseini

“Can’t wait for the 25th, I’m excited! Comedy is like a drug and I’ve been sober for three months. How awesome it is to have an addiction, schedule your own relapse and invite people to watch you get your fix!” – Eddy King

“Normally when you're stopped alongside a bunch of cars in July in Montréal, it's because you're "driving" on Décarie Boulevard towards the south or the Samuel-de-Champlain Bridge. But the Just for Laughs Drive-In Series is the one way to finally be stopped in your car while smiling and laughing! I'm going to love every minute of it.” – Ali Hassan 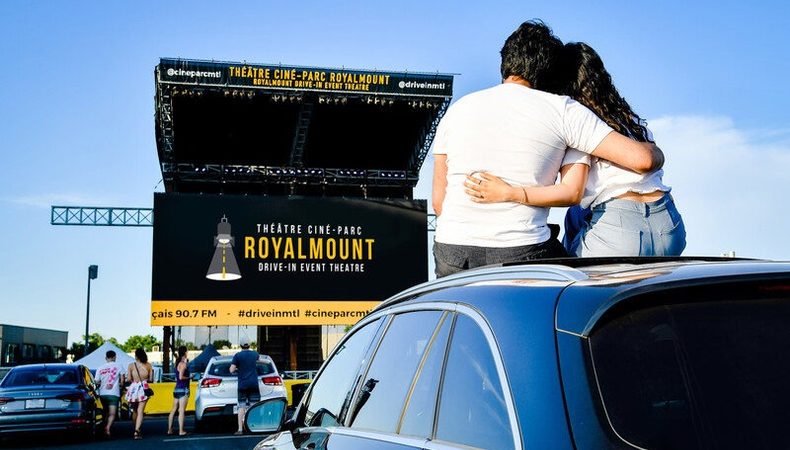 Located at the corner of Décarie Boulevard and Highway 40, The Royalmount Drive-in Theatre is Montréal’s first and only fully convertible drive-in event theatre. While on-site you can stay comfortably in your car or bring chairs to sit in front of your car while respecting physical distancing regulations of 2 metres. Concessions are available on-site with contactless ordering and pick-up. Restrooms are also available on-site and are cleaned after every use.

All COVID-19 health regulations, including physical distancing, must be observed. Masks are encouraged. For complete site rules, visit driveinmtl.com.