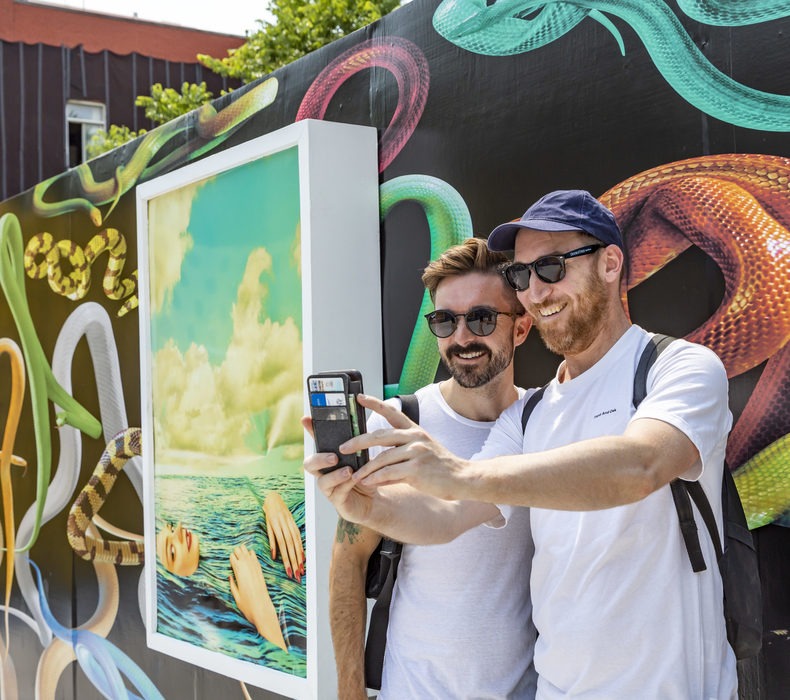 Canada’s trailblazing Image+Nation LGBTQ+ film festival is going virtual for its 33rd edition from November 19 to December 6. The pioneering film fest will screen more than 100 films, the best of queer cinema from around the world.

Now in its fourth decade, Image+Nation was Canada’s first LGBTQ+ film fest and continues to play a trendsetting role within the larger festival circuit and an essential role in the lives of LGBTQ+ people by fostering community and identity.

“It is important to have images that reflect and represent us on screen – albeit this year on different screens,” says festival director Charlie Boudreau. “The festival’s shift to the digital space in 2020 also marks the evolution of our mission to encourage and nurture LGBTQ+ culture and storytelling to everyone.”

Over 18 days, this year’s pandemic-friendly edition will screen award-winning features, powerful documentaries and acclaimed short films from such countries as Brazil, France, Hong Kong and Nigeria, offering something for all cinematic tastes – from light-hearted comedies and love stories to deeper dramatic tales and social-issue works.

The Générations program focuses on narratives about growing up and growing older as an LGBTQ+ person, with films like Kokon (Cocoon) and La nave del olvido (Forgotten Roads).

QTBIPOC filmmakers from Canada and around the world are at the forefront of New Queer Storytelling which is the focus in the festival’s QTBIPOC program. There is plenty buzz for the documentary Fabulous about voguing in French Guiana.

Coinciding with the 21st Transgender Day of Remembrance (on November 20), the Une Question de Genre program presents fresh and boundary-breaking stories exploring themes of identity and gender beyond the coming out and transitioning narratives, with films like Brazil’s Alice Júnior.

The Focus Latinx program spans genres and gender identities with films like Vendrá la muerte y tendra tus ojos (Death Will Come and Shall Have Your Eyes).

The Histoire LGBTQ+ / The State of Our Queer World program screens international documentaries from dangerous countries where queer human rights are under threat. Recommended: A Worm in the Heart and Sex, Sin & 69.

The Made au Canada program celebrates Canadian filmmakers who portray our national queer identities including the acclaimed doc Mixed↑ (pronounced MixedUp) which follows Toronto filmmaker and multi-disciplinary artist Haui (Howard J. Davis) and his experiences as an LGBTQ+ and BIPOC person.

Other choice films at Image+Nation include Suk Suk (Twilight's Kiss) from Hong Kong, and the star-studded House of Cardin documentary about fashion icon Pierre Cardin.

Image+Nation is also hosting insightful Q&As with filmmakers from around the world. Also, to support local businesses during the pandemic, the festival is teaming up with queer-owned eateries in Montréal and across Québec to offer a Dinner + Movie experience.

Image+Nation runs from November 19 to December 6, 2020.  For more information about tickets and programming, visit the festival's offical website and Faceook page.