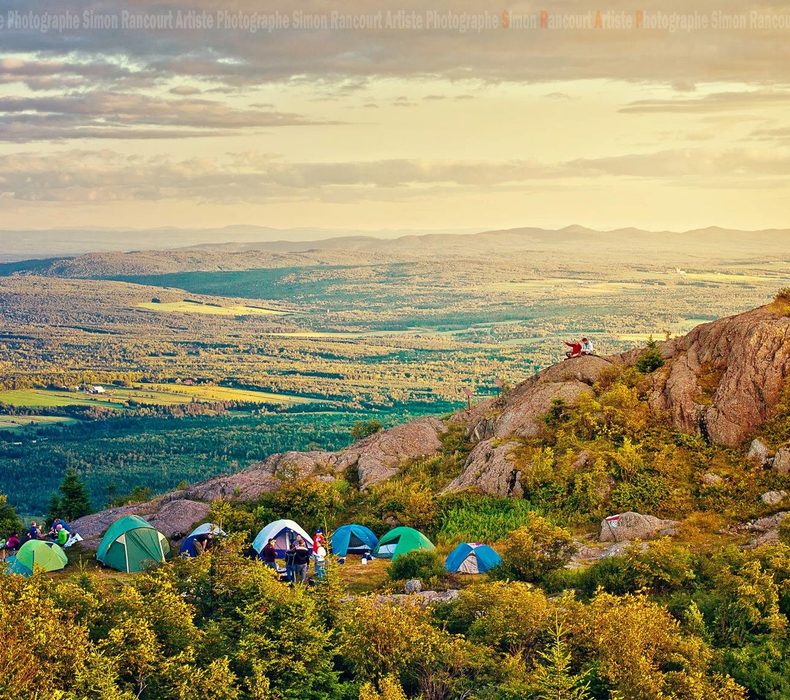 Often described as the gateway between Europe and America, Montréal is also the ideal launching pad for some amazing daytrips. Within a couple of hours drive, you can see unique foliage, soak in natural springs, have a bona fide sugar shack experience, pick your own fruit, take a bite out of history or explore the nation’s capital. Which will you choose? 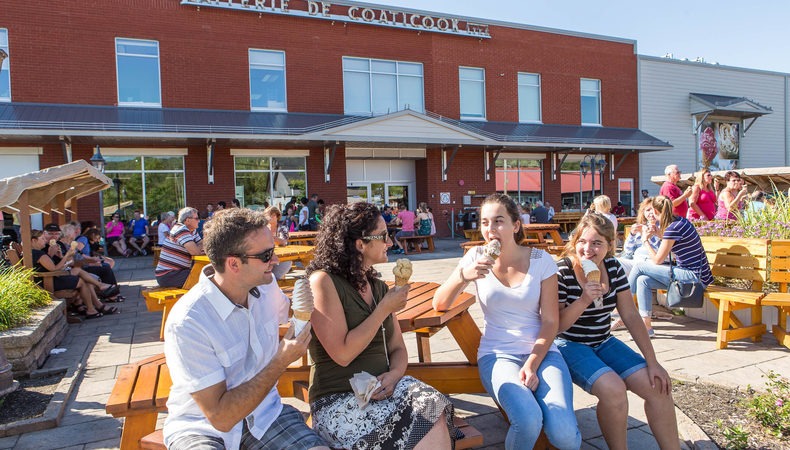 The Eastern Townships region starts barely an hour after you’ve crossed the Champlain Bridge, which goes to show how very close it is – and why it’s such a popular destination for cyclists. This area to Montréal’s southeast is mostly farmland and rolling hills, acting as the city’s breadbasket, with cornfields, fruit fields, vineyards, and dairy farms galore. Go for a day to take in the wine route, a cheese tour or an orchard hop (prepare to come back with bagsful of apples in fall). Or, for a weekend, reserve a couple of nights in one of the area’s renowned inns that dot the pretty towns, including Manoir Hovey in North Hatley, Manoir Maplewood in Waterloo, Ripplecove Lakefront Hotel & Spa in Ayer’s Cliff, or Auberge West Brome. 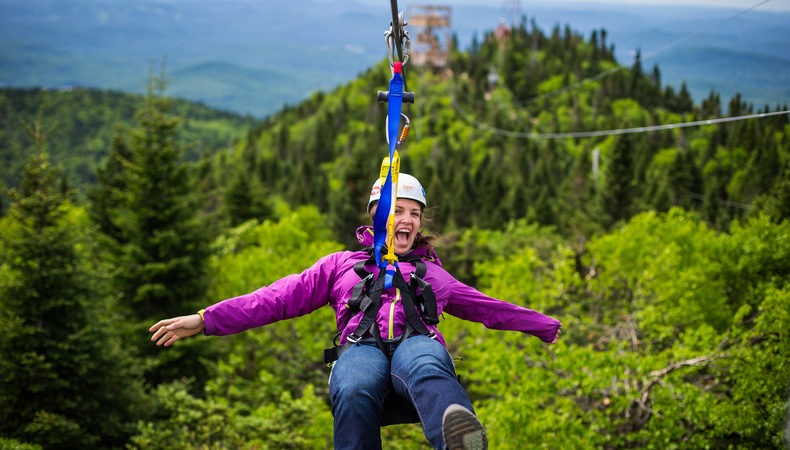 To the city’s north, this vast area spreads out with a wilder sort of fauna, marked by majestic rocky mountains and a dense foliage that puts on an incredible colour show when the leaves start to turn in fall. The slightly colder climes than in the Eastern Townships make the lake towns here as popular in winter as in summer. Visit for a day on one of the popular ski hills, or come for a summer weekend for hiking, kayaking, horseback riding, water skiing, canoeing and more. The area is famous for its Nordic spas, many of which are attached to hotels, like the Scandinave Spa Mont-Tremblant, the Manoir Saint-Sauveur and the Amerispa Estérel Resort.

The nation’s capital is a fabulous visit a mere two hours west of Montréal by car, for all the obvious reasons: Parliament Hill, the National Gallery of Canada, the National Arts Centre, the Canadian Museum of History, and the Royal Canadian Mint. But it’s also got a wonderful fine-dining scene that’s well worth the trip. Restaurants like Atelier, Union Local 613, Supply and Demand, Soif Bar à vin and Fauna have turned the spotlight on the city over the last years, winning accolades for a cuisine based on fresh local ingredients and an eco-awareness that does as much good as it tastes (everything served at seafood chain The Whalesbone, for example, is harvested sustainably). You could fit two great meals into a day trip, but it might be worth staying for a couple of days: hotel options include storied properties like the Fairmont Château Laurier and the Lord Elgin, or the more modern and affordable The Metcalfe.

Three hours east of Montréal leads you to the historic epicentre of the province: Québec City. Perched high on a hill that looks down onto the St. Lawrence, the city’s beauty is worth the visit in itself. Start with a stroll on the waterfront to give you a sense of scope, then continue your walk on Promenade Samuel-De Champlain up to the Plains of Abraham, the site of one of the country’s most famous battles. The city centre is notable for its narrow streets and age-old buildings (kind of like a bigger version of Old Montréal), but as you span out, you’ll find a modernized metropolis with historic museums beside exciting contemporary art spaces (check out L’Œil de Poisson and VU) and a refined dining scene. And no visit is complete without a visit to the Musée national des beaux-arts du Québec. Notable hotels include the stately Fairmont Le Château Frontenac in the centre of town and the modern 71.