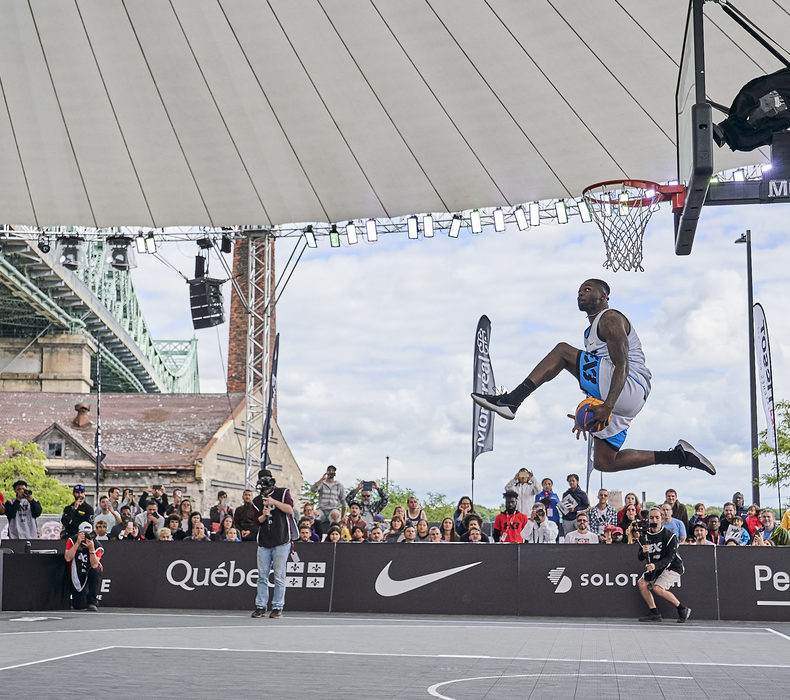 The beauty of 3x3 basketball is in its simplicity: 1 net, 6 players, 10-minute games and music throughout. It’s a winning formula that saw the sport debut at the Tokyo 2020 Summer Olympics, and which will thrill Montréal hoops fans when the FIBA 3x3 Basketball World Tour rolls into town as part of the all-new Festival Distrix of urban culture, arts and sports. 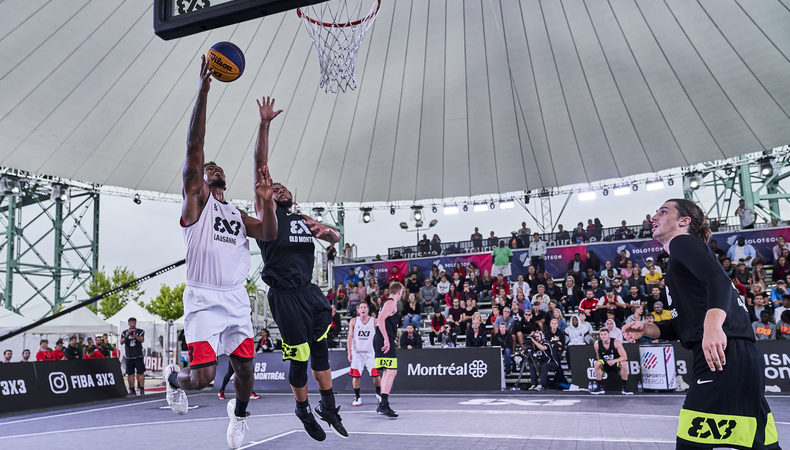 Spectacular showmanship, elite competitors and amazing music are signature elements of the FIBA 3x3 Basketball World Tour, which will see the World Tour Men’s Series and the 3x3 Women’s Series land in Place des Festivals in the city’s downtown Quartier des Spectacles, September 3-5. Hosted by the recently conceived Festival Distrix, the event goes daily from morning to night in a specially constructed, open-air “stadium” in Place des Festivals, and competitions will feature some of the world’s best 3x3 ballers. 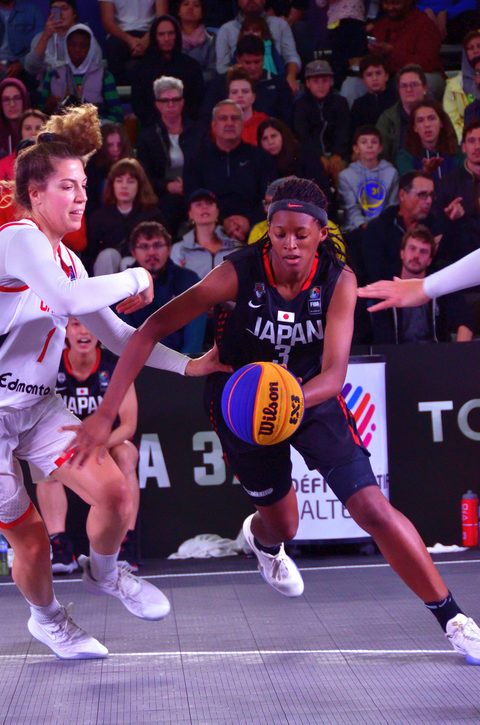 A full programme on a half court

According to a study commissioned by the International Olympic Committee, 3x3 basketball is the largest urban team sport in the world, and so it’s only fitting that the esteemed FIBA tournament has a stop in Montréal, a global capital of urban sports. Event attendees are in for a treat in the form of an awesome array of sports programming. In addition to the fast-paced, men’s and women’s series 3x3 games, there will be CIVA wheelchair basketball, a dunk contest and a free-throw competition, all against the backdrop of an all-day music soundtrack.

Apart from world-class 3x3 basketball, the other major component of the Festival Distrix is their artistic programming. The festival offers everyone an opportunity to explore the many facets of street art and to delve deeper into dynamic and constantly evolving forms of cultural expression. The fest’s artistic offerings, overseen by well-known Québec hip-hop artist Dramatik, are a reflection of that. The programme features live musical performances, DJ duels, beat battles, breakdance and all-style dance finals, street improv, a slam workshop and competition, rap contests, a dance show and more, as well as digital and visual arts in collaboration with renowned Montréal graffiti and urban culture festival Under Pressure.

Tickets can be booked for free here. Please note that admission to the festival site will be controlled and only ticket holders will be admitted.