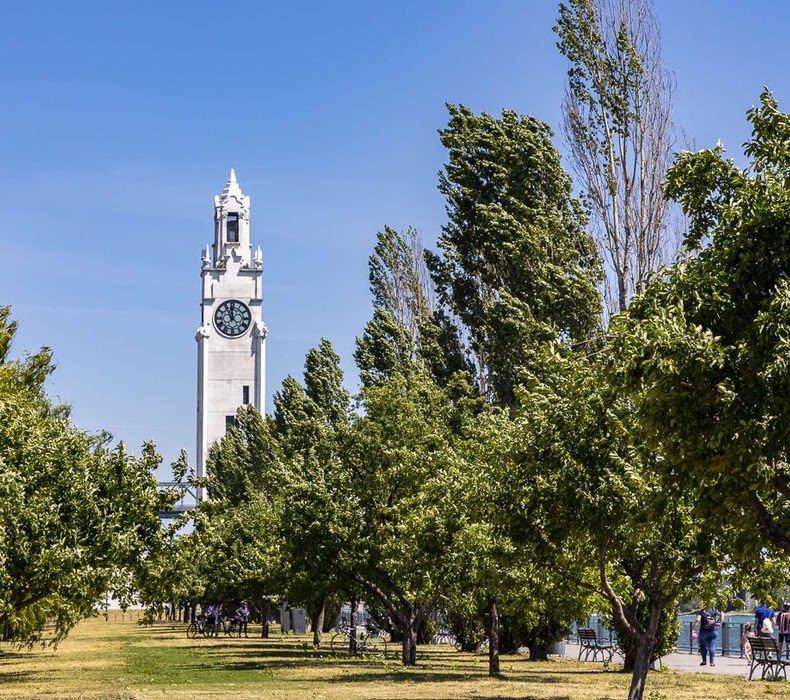 Note: visitors will not be able to climb the 192 Clock Tower steps this summer.

The Old Port of Montréal’s iconic Clock Tower celebrates its centennial in 2022. Still a prominent feature of the city skyline, the Clock Tower continues to welcome visitors, watercraft and tourists as they make their way along the Mighty St. Lawrence River. 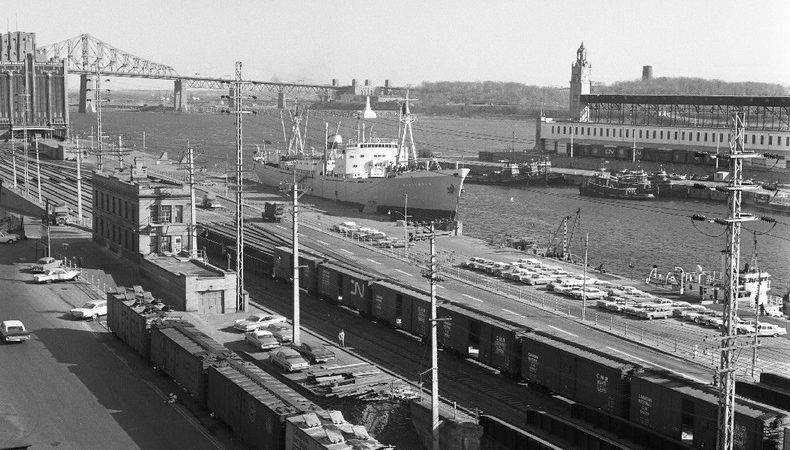 With four clock faces designed by prestigious English clockmakers Gillett & Johnson and decorative elements in the Beaux-Arts style, the 45-metre Sailors’ Memorial Clock (or Tour des Marins in French) was built on the Victoria Pier (today called the Clock Tower Quay) between 1919 and 1922 as a memorial to sailors who died in the First World War. Today, it is simply called the Clock Tower, or the Tour de l’Horloge in French.

“The Montréal Harbour Commission was called upon to honour the courage and the memory of members of the Canadian Merchant Marine and the British Merchant Navy who were killed in combat,” notes historian and UQAM professor Joanne Burgess. “In light of its role in provisioning arms and food to Great Britain and its allies during the Great War, the Commission undoubtedly felt called by duty.”

After the war, Burgess adds, “The Commission set out to build a memorial and, in October 1919, a block of granite marking the future location of the memorial’s commemorative plaque was unveiled by the Prince of Wales who would later ascend to the throne as King Edward VIII. Paul Leclaire, then-engineering assistant for the Commission and graduate of the city’s École Polytechnique, was entrusted with the design of the monument.”

The Clock Tower was inaugurated in 1922. 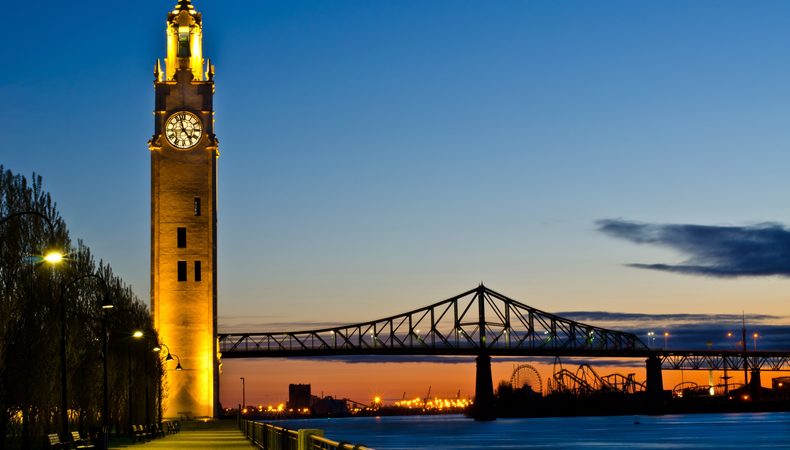 The Clock Tower was named a Classified Federal Heritage Building in 1996. In addition to commemorating the courage of the seamen of the Merchant Marine who perished in the First World War, Parks Canada states, “The Clock Tower is an eloquent symbol of the importance of the Port of Montréal in the history of transportation in Canada. When the tower was built, Montréal handled more grain exports than any other port in the world and ranked second in North America in terms of total cargo. The Clock Tower is also associated with the major contribution of the port to the economic development of the city of Montréal.” 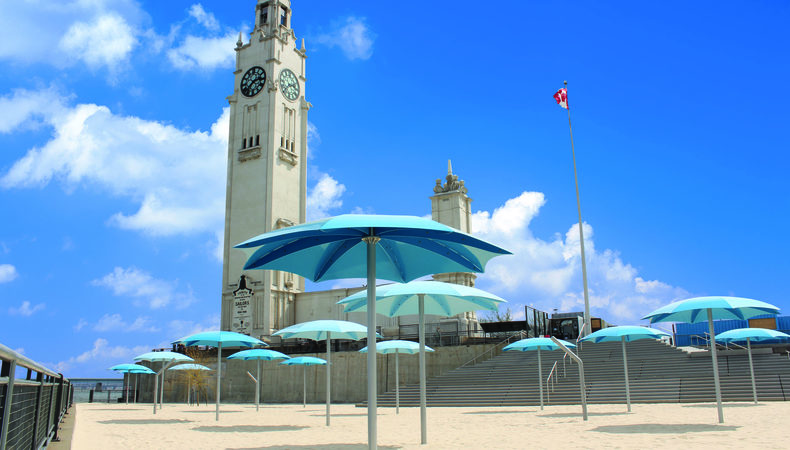 Parks Canada states the Clock Tower “was the focal point of the redevelopment of the Victoria Pier in 1990 by award-winning architects Cardinal Hardy and Associates.”

Today the iconic Clock Tower is a major tourist destination in Old Montréal. It stands next to the city’s popular Clock Tower Beach (free admission except during events). The beach also hosts ticketed activities and events such as yoga, DJs and the Fireworks.

For more activities and events at the Old Port, visit www.oldportofmontreal.com.