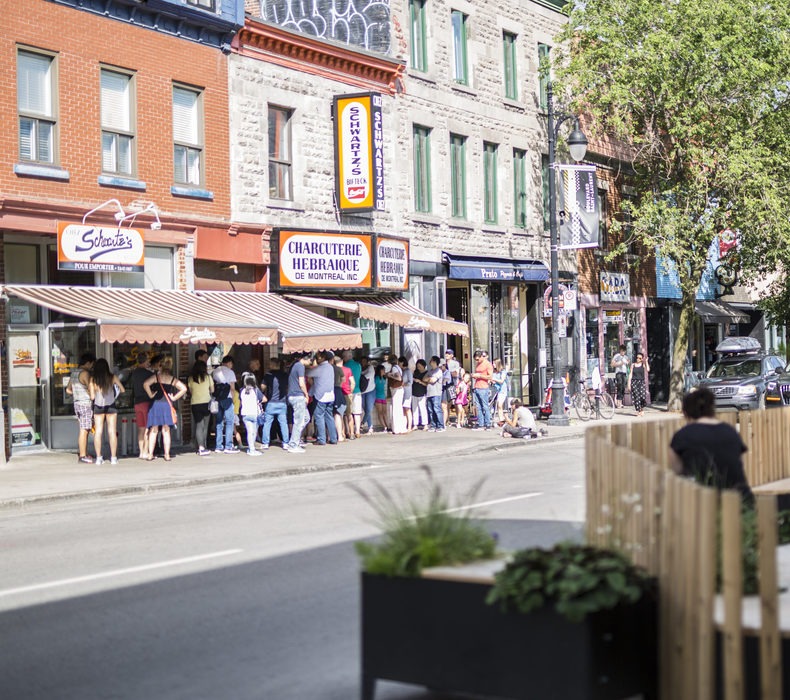 Where to (and how to) spot celebrities in Montréal

We’ve all heard the expression "when in Rome, do as the Romans do." Here in Montréal, the locals are known for their sophisticated level of coolness. Take celebrity spotting, for example. It would be very un-Montréal to gawk at the sighting of a Hollywood star. Instead, a local would likely assume a low-key presence and pretend like they didn’t even see the famous person at all.

It’s no surprise that with such a laid-back vibe, many celebrities enjoy coming to Montréal, either for work or for fun, because they appreciate that the locals tend to leave them alone. Not to mention that Hollywood loves shooting movies here, which is why the city has no shortage of A-list celeb sightings. 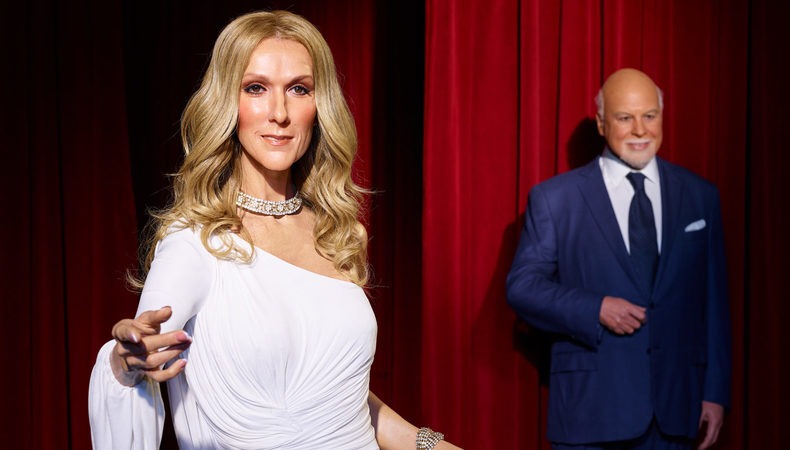 Of course, Montréal has its own pool of local celebrities from the Québec cultural scene. French-language TV personalities, movie stars and recording artists make up a bona fide star-system that keeps the local industry running. And the locals treat them with the same casual attitude as they do the visiting international stars.

If you come to Montréal and happen upon a celebrity, remember: when in Montréal, do as the Montrealers do. To help you keep your cool, here is a guide on how you should react when you see stars in Montréal. 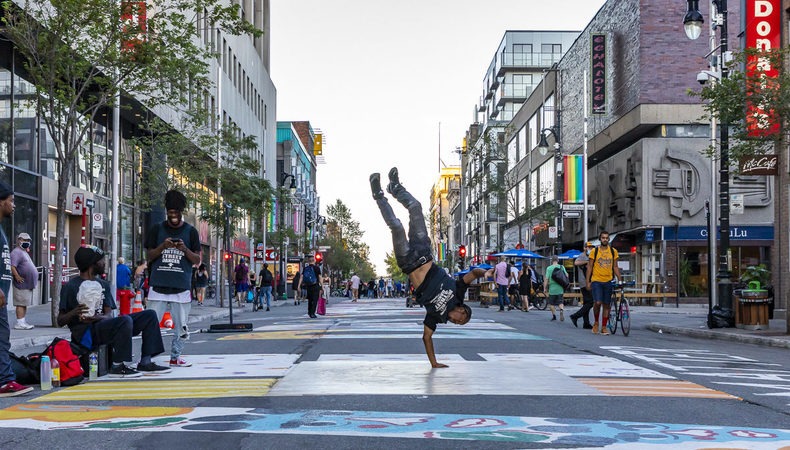 Close encounters of the superstar kind

Suppose you were in town last Halloween and you happened to be hanging around the Village, you might very well have bumped into Lady Gaga, who was spotted walking around Sainte-Catherine East dressed up as Edward Scissorhands. In this case, the perfect reaction would be to casually walk by and signal the songstress by holding up your best monster-paw. You are now so cool, it burns. You were born this way, baby.

Or let’s assume you have been visiting the art galleries along Sherbrooke Street West, and as you step outside you bump into Hunger Games star Jennifer Lawrence, who reportedly has a home in the neighbourhood. She was interviewed in the fall of 2017 saying “I love Montréal, I have to love Montréal, it’s my home. I love the people. The people are so friendly. I love the food. The food is great. I love the restaurants. The strip clubs are crazy!” The best thing to do in this case would be to nod hello to her and softly say, “Hey Jen! See you at the club tonight.” 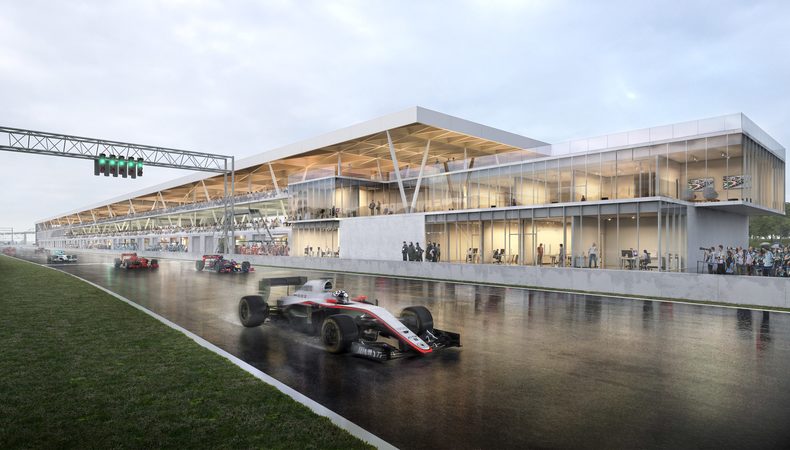 The jet set scene revs up for Grand Prix weekend

If you happen to be in town during the Formula 1 Grand Prix, your chances of a celebrity encounter are many times multiplied. For one weekend a year, they pack into Montréal like commuters on a Japanese subway and take over the city’s hottest clubs and restaurants. They can usually be seen rubbing elbows while hanging around the paddocks. Take Patrick Stewart, Michael Douglas and Catherine Zeta-Jones as just a few examples of the regular faces you expect to see track-side. If you’re lucky enough to get into one of the lavish F1 parties, like the one thrown every year at the Ritz-Carlton Hotel, you just might bump into the likes of Jerry Seinfeld. Whatever it is you say to him, just make sure to start with “What’s the deal with…” He loves that. 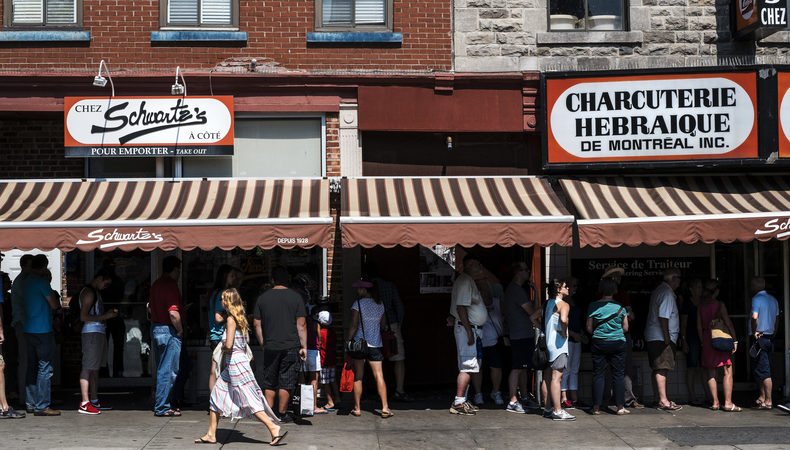 This city’s real stars are the chefs in its restaurants. So, it’s only fitting that, when international stars come here, they flock to famous institutions like Joe Beef, where Game of Thrones star Kit Harrington has been spotted sampling food from iconic chefs David McMillan and Fred Morin, or that, when Katy Perry or Neil Patrick Harris get hungry, they head over to Park to see what celebrated chef Antonio Park is serving up. Johnny Depp and Bill Clinton prefer the Roman cuisine of Emma Risa at Da Emma. Justin Bieber, on the other hand, stays true to his Canadian stereotypes and lines up at the counter at Tim Hortons, whereas local diva Céline Dion, part owner of Schwartz’s deli, has been known to stop in to the famous restaurant on the Main and pick up everyone’s bill. In this case, the only decent thing to say to her is a simple “merci, Céline”. 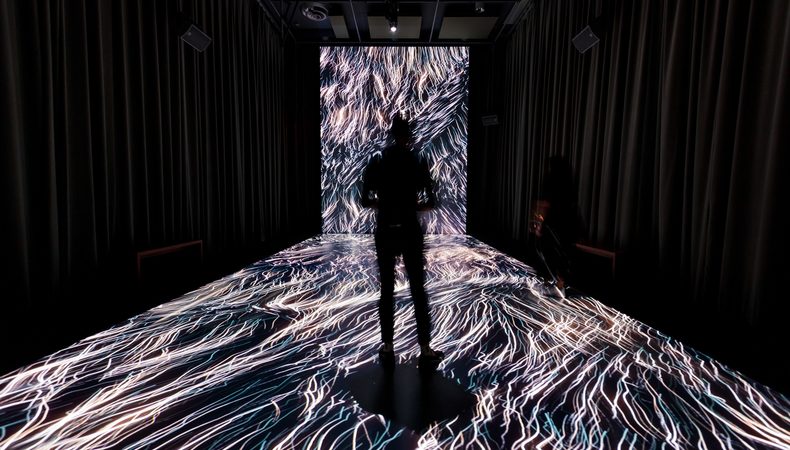 With its relaxed flavour, Montréal inspires spontaneity. Take the time that Régine Chassagne and Win Butler (of local super-band Arcade Fire) held a fundraising event for Haiti at the Phi Centre and the queen herself, Madonna, stopped in to say hello. The mood of the moment took over and next thing you know she was up on stage with Butler (going by his alternate handle, DJ Windows 98) singing and playing along with a cow bell. The ideal way to react to this improvised pairing of global superstars is to do exactly what the crowd did that night: just enjoy the moment and dance your heart out. The intimate setting of the Phi Centre, a multidisciplinary arts institution, has just the type of informal and sophisticated ambiance Montréal is known for. Its arty and techie vibe inspires moments like this one where, whether you’re the most famous person in the room or not, you still feel like a star.