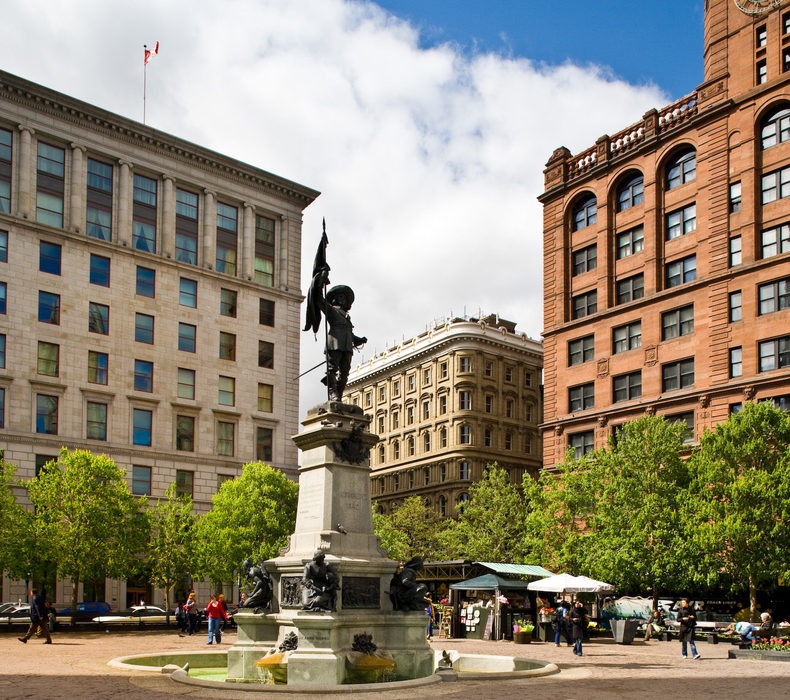 The banks of Montréal: A rich architectural heritage

For a more than a century Montréal was the unrivaled financial capital of Canada, when local business magnates and tycoons controlled some 85 per cent of the resources in Canada.

Many of their families lived in luxurious Edwardian-style mansions located in Montréal’s fabled Golden Square Mile. To put it into perspective, today these Montrealers would be multi-billionaires.

These families did their corporate banking with financial institutions whose grand Old Montréal offices and branches were built not just to impress, but to compete for prestige.

The following architectural jewels can be seen and visited while strolling along four blocks on Saint-Jacques Street, which from 1850 to 1950 was to Montréal and Canada what Wall Street is to New York and America. 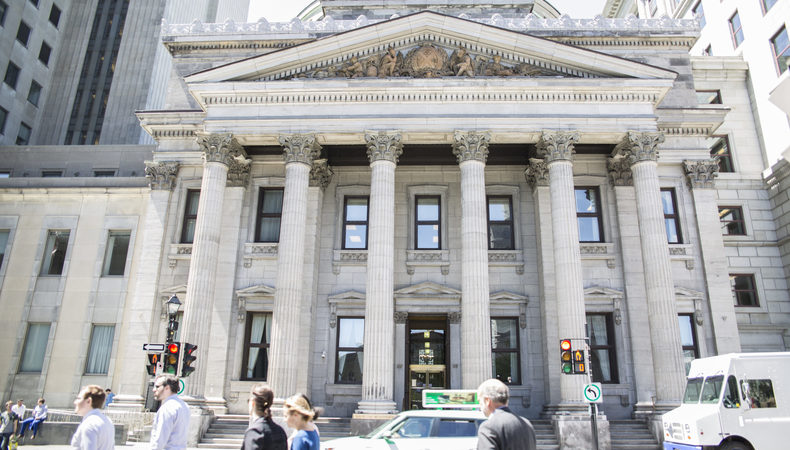 Founded in 1817, the Bank of Montreal is Canada’s first bank, whose main office facing Place d’Armes (119 Saint-Jacques Street) was built in 1847. Designed by British architect John Wells, the imposing facade resembles the Pantheon and evokes the power of ancient Rome. The group on the pediment is the work of British sculptor John Steel, and was added in 1867. The lavish interior was redesigned in 1905 and remains in operation today as BMO’s main Montréal branch. Anyone can enter during business hours, though photography is not allowed in the branch area. Gaze up at the dome as you walk in and be sure to visit their small museum featuring exhibits about the history of the bank, including a 19th-century teller’s window, photos, coins and banknotes. Admission is free. 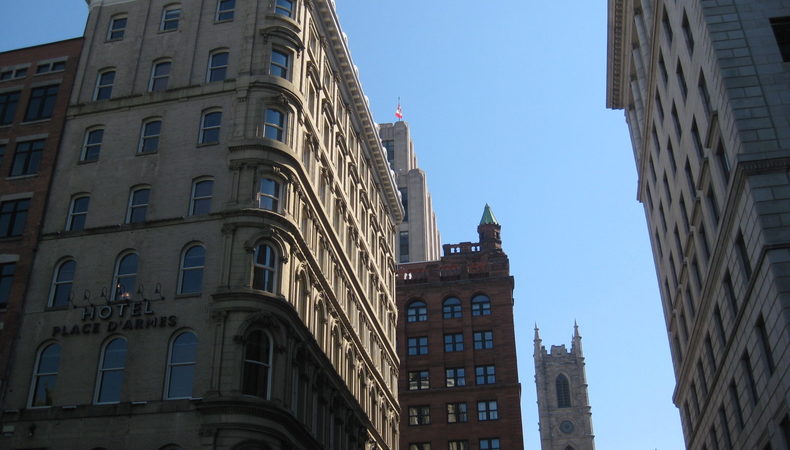 Founded in 1859, the National Bank of Canada moved their head office into a five-story building facing Place d’Armes (59 Saint-Jacques Street) in 1891. Originally built for the Great Scottish Life Insurance company in 1870, the National Bank added two stories in 1909 before transferring the building to the La Prévoyance insurance company in 1926. Today, the historic building is home to the boutique Hotel Place d’Armes.

Meanwhile, nearly a century later, the National Bank of Canada will return to Saint-Jacques Street in its new $500 million 36-storey headquarters it is building on the corner of Boulevard Robert Bourassa, with occupancy slated for 2023. 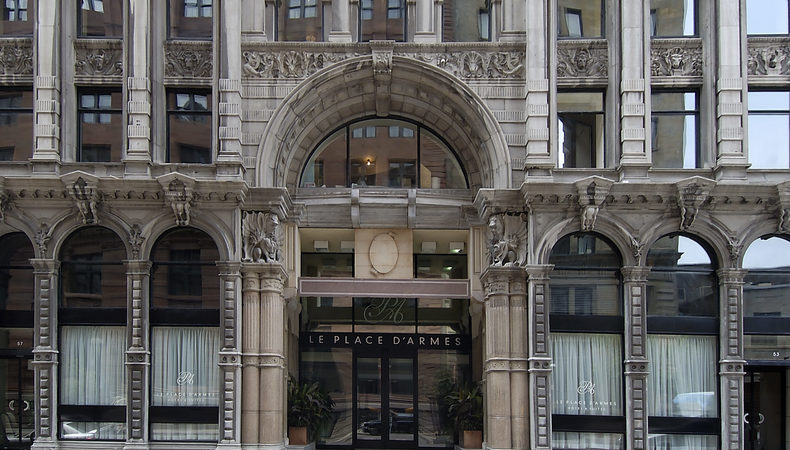 Established in 1835, The Banque du Peuple was the first French-Canadian bank in the country. Its head office was located at 55 Saint-Jacques Street until it folded in 1895. Today, the façade remains intact and the historic building is home to the boutique Hotel Place d’Armes.

Founded in 1850 by brothers William and John Molson, Jr., the sons of brewery magnate John Molson, the Molson Bank moved into its new headquarters at 288 Saint-Jacques Street in 1866. The building was the first in Montreal to be built in the French Second Empire style, designed by George and John James Browne after they won a design competition. The Molson Bank printed its own currency and was bought by the Bank of Montréal in 1925. BMO left the building in 1999. Today, the Molson Bank building is home to law firms and government offices, while the Molsons own the Canadiens de Montréal NHL hockey team. 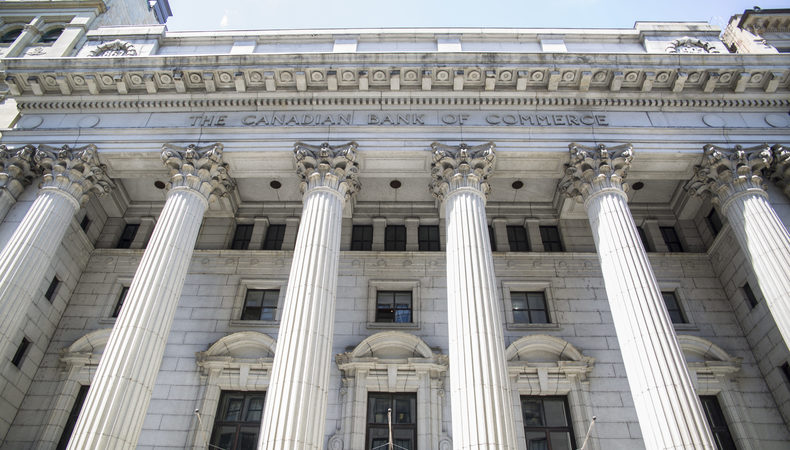 Interestingly, the building also housed the Montreal offices of the White Star Line from 1909 to 1939. That is where tickets for the RMS Titanic were sold. Among the many Montrealers who perished aboard the Titanic was Harry Markland Molson who sat on the board of directors for the Molson Bank. 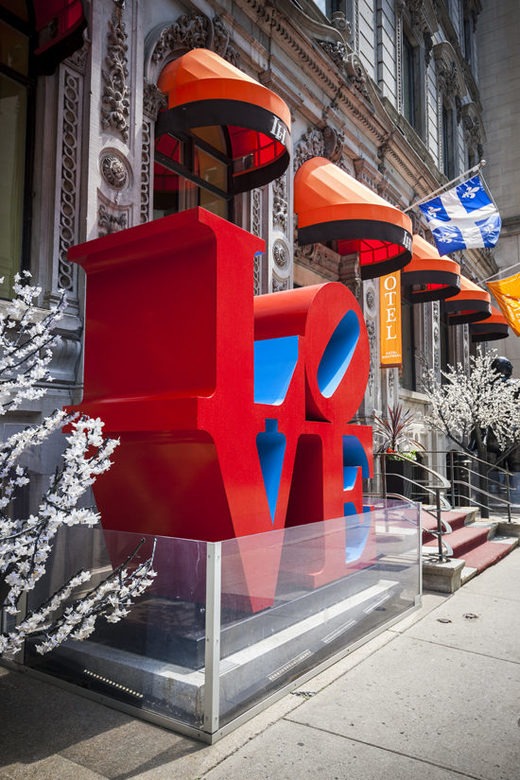 Founded in 1846, the Montréal City and District Savings Bank opened its new headquarters at 262 Saint-Jacques Street in 1871. The bank changed its name in 1987 to the Laurentian Bank of Canada, before moving its Head Office to McGill College Avenue the following year, after more than a century on Saint-Jacques Street. Today, the building is home to LHotel Montreal. The architecture of the building is French Second Empire and the restoration of many original architectural elements – such as the ceiling friezes in the Entrance Hall – help preserve the spirit of the 19th century. 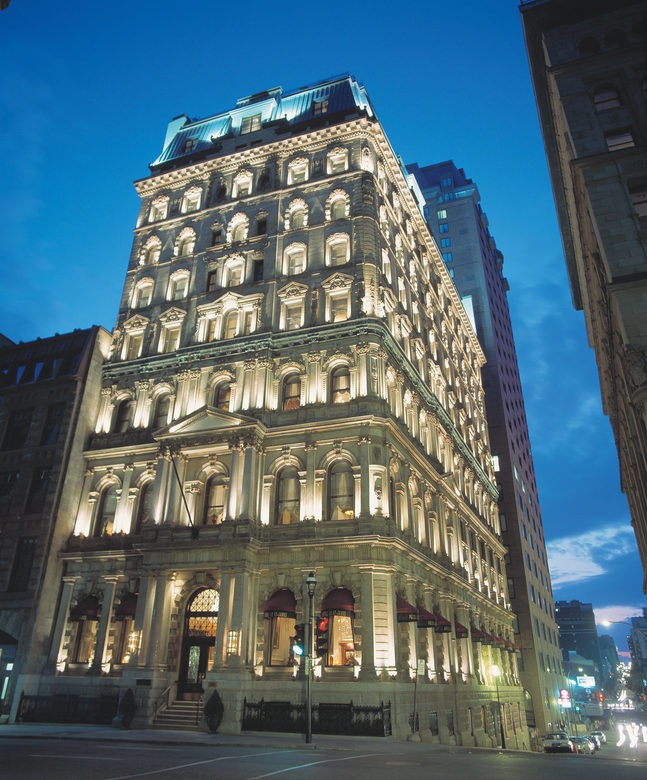 The Merchants Bank of Canada Building

Founded by the Allan family in 1861, the Merchants Bank head office was located at 355 Saint-Jacques Street. The building’s magnificence reflected the bank’s corporate ambitions. The bank was purchased by the Bank of Montreal in 1922. The glorious building was also home to the luxury Hotel Le St-James which welcomed numerous A-list celebrities like the Rolling Stones, U2, Elton John, Bon Jovi, Britney Spears, Madonna and the Spice Girls until its closure in 2022. 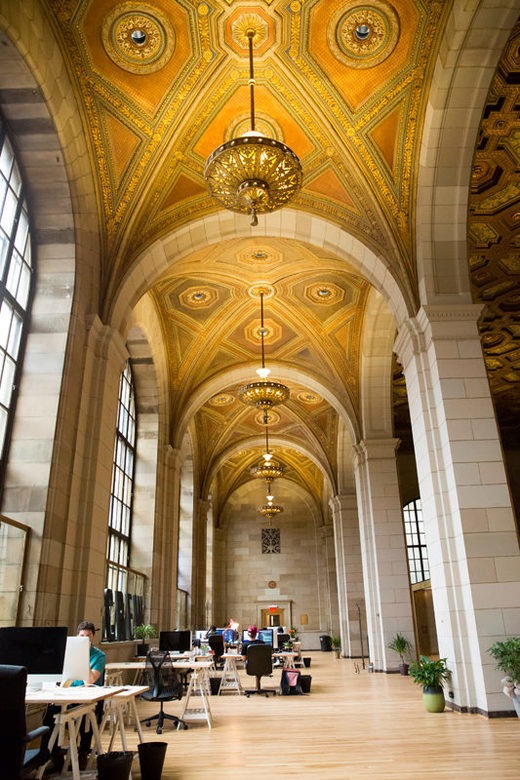 Founded in 1864, the Royal Bank of Canada (RBC) built the Royal Bank Tower at 360 Saint-Jacques Street to house its head office. Designed by the New York City firm of York and Sawyer with the RBC’s Chief Architect Sumner Godfrey Davenport of Montréal, the 22-storey neo-classical tower – with its steel structure clad in grey limestone – was upon its completion in 1928 the tallest building in the British Empire.

In 1962, the Royal Bank moved its main office to another famous Montreal landmark, the downtown Place Ville Marie skyscraper. Today, the RBC is the largest bank in Canada, with operations in some 40 countries.

Meanwhile, in 2011, the old Royal Bank Building became the first building in Old Montréal to obtain a LEED certificate and is home to many companies and firms, as well as the La Voute nightclub located in the former bank vault in the second basement of the building. The Crew Collective & Café – open to the public – also preserves the splendour of the main hall of the Royal Bank Tower.

For more about historical buildings in Montréal’s old financial district, click here (in French only).