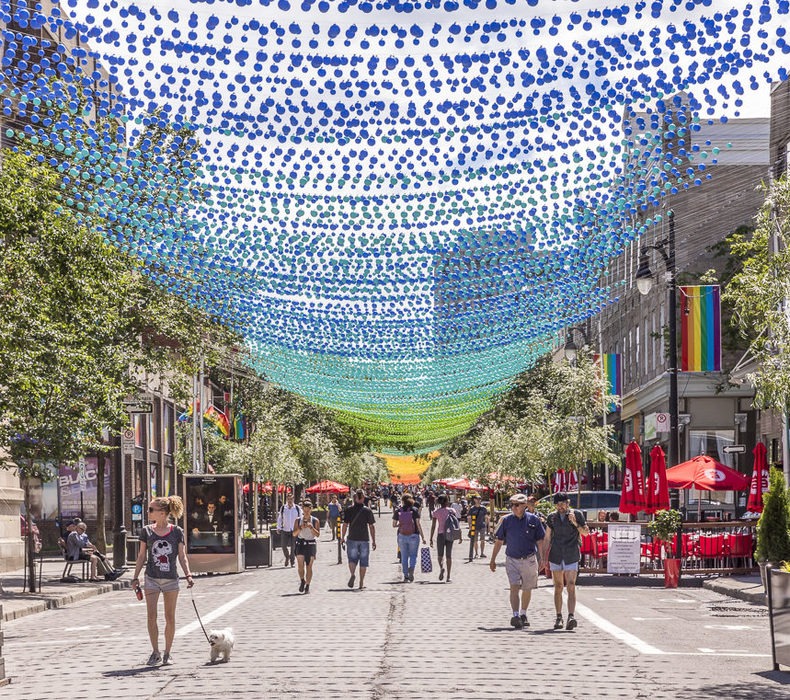 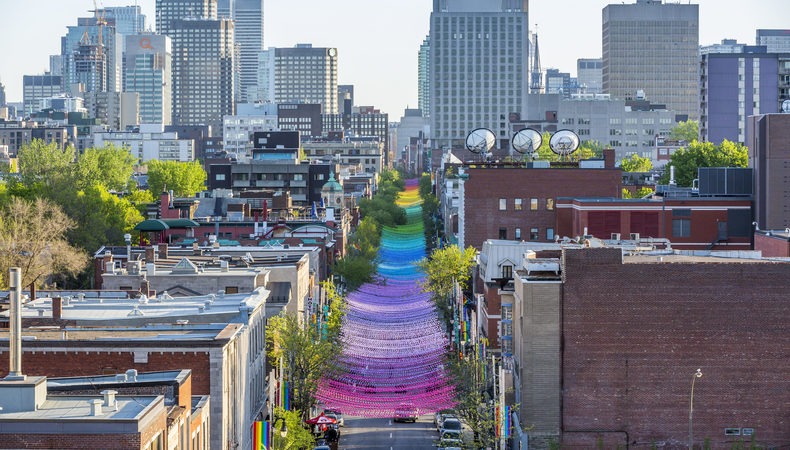 “18 Shades of Gay” is not just a decorative element – it is an iconic art installation made of 180,000 rainbow-coloured resin balls.

As Claude Cormier + Associés explains it, “A succession of six principal colours, each in three distinct hues, combine to form an experience of 18 shades across 180,000 recycled plastic balls. Two sizes of balls are attached on tensor wires and suspended above the street and through the trees. The rhythm and tangle of nuance combine to become an unbroken one-kilometre-long chromatic ribbon, vibrant both day and night.”

These “Rainbow Balls” can be seen from as far away as the Jacques-Cartier Bridge and from the air, and the installation has become so popular that tourists visit the strip on double-decker buses just to take pictures. 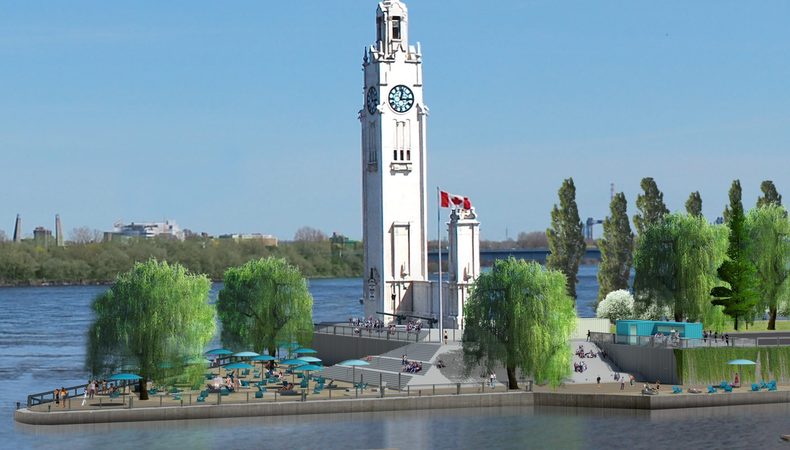 Cormier’s firm has designed award-winning installations and public landscapes around the world, but many of their most beautiful works can be found in his hometown of Montréal. In addition to “18 Shades of Gay,” Cormier redesigned Square Dorchester Nord, the neighbouring Square Dorchester Place du Canada, the popular waterfront Clock Tower Beach in the Old Port, and the temporary Balade Pour La Paix, a one-kilometre-long installation on downtown Sherbrooke Street to commemorate Montréal’s 375th anniversary in 2017.

“18 Shades of Gay” has become an internationally-recognized symbol of Montréal, its Village and the city’s large and vibrant LGBTQ community.

Landscape architect Claude Cormier is proud of his team and creation. He told Visit Montréal in 2016, “If I was travelling and saw such an installation in another city, it would impress. It’s one of those singular elements that brings pride and joy to a neighbourhood and city. It’s like a ray of sunshine – a ray of something wonderfully gay!”

“18 Shades of Gay” is suspended above the one-kilometre Aires Libres pedestrian mall on Sainte-Catherine Street in the LGBTQ+ Village from May through September. 2019 is the last year you'll get to enjoy the breathtaking installation.