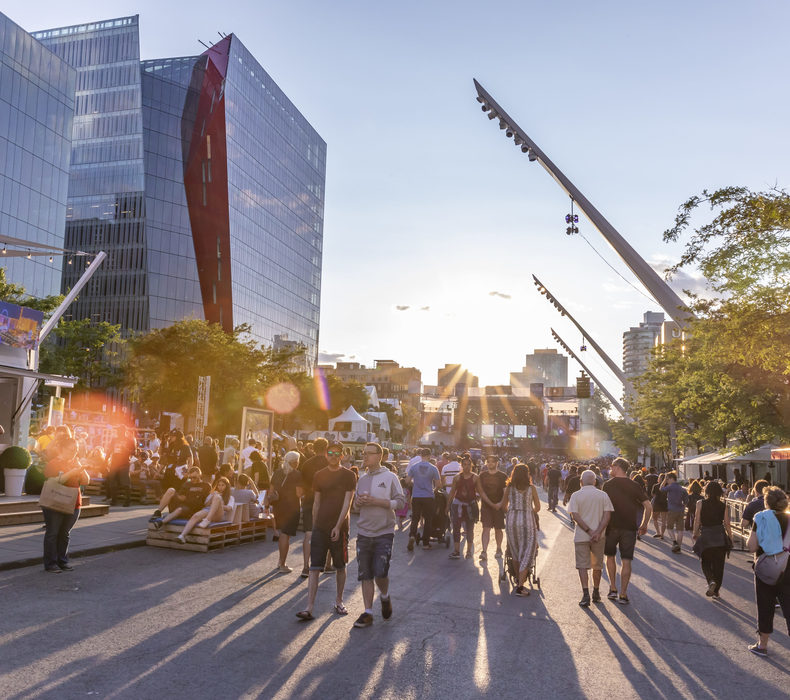 Autumn 2021 in Montréal is Festival season!

As the world returns to post-pandemic living, Montréal’s autumn festival calendar is bursting at the seams with the return of some international favourites and exciting new kids on the block.

Focusing on live and in-person performance, fall 2021 is the season we’ve all been waiting for. Throughout the city’s venues, open-air spaces and beloved parks, there’s something for everyone. Maintaining an eye on public health considerations, this fall’s festivals are ripe and ready to welcome the return of shared live experiences. Start blocking out those calendar squares now – Montréal’s autumn festivals will have you booked straight through to winter.

October gets festive in Montréal

In advance of 2022’s 15th anniversary celebrations, Osheaga presents the Osheaga Get Together, featuring 100% Canadian and local talent over three days. Alongside headliners Half Moon Run, Jessie Reyez and Charlotte Cardin, the Get Together offers a promising glimpse at the present and future of Canada and Québec’s crowd pleasing music scene. 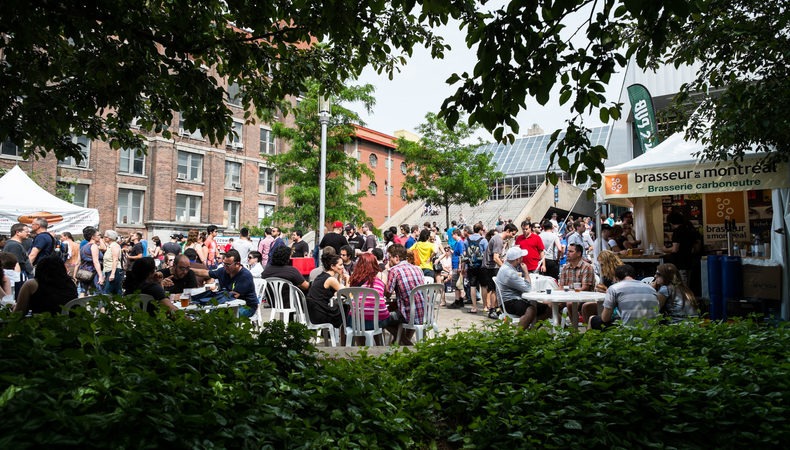 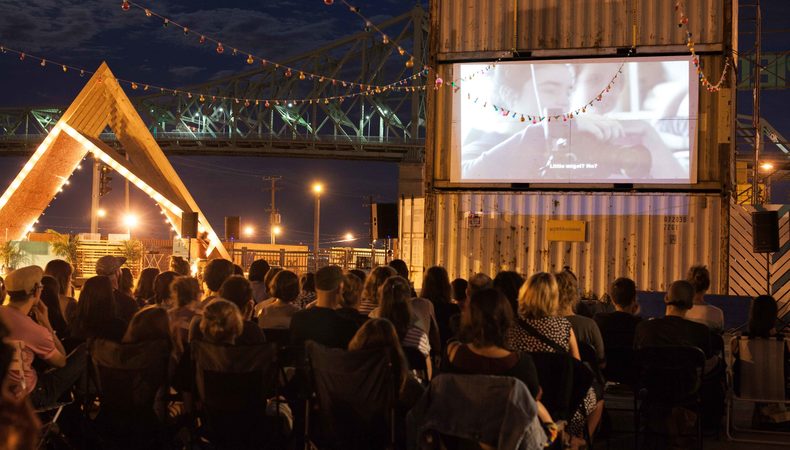 Bringing together the world’s top documentary filmmakers and film fans, RIDM marks its 23rd edition with another stellar roster of new works, masterclasses and virtual reality installation. Promising a stellar lineup of the latest in International documentary, RIDM is an annual eye-opening experience you won’t soon forget.

As one of the longest-running LGBTQ+ cinema festivals, image+nation returns virtually in 2021 with its 34th edition. With a focus on #NewQueerStories, image+nation has long been a leading light in spotlighting brave new cinematic visionaries, and their 2021 edition won’t disappoint. This year’s programming also includes the I+N STORYLAB, amplifying the voices of 5 selected storytellers, and the festival’s full lineup will be announced shortly at their website. 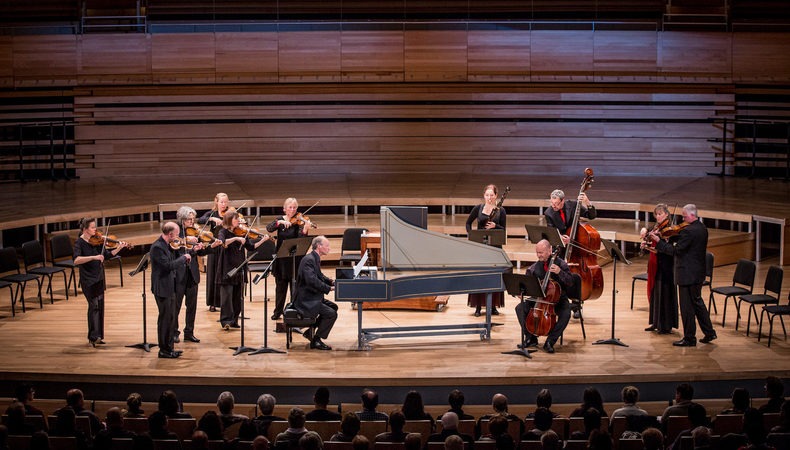 Celebrating the rich catalogue of Bach’s works, the Montréal Bach Festival returns to in-person performances this November in some of the city’s most beautiful halls and churches. Additional programming will be found on the Canada Classique streaming platform, created by the Bach-Académie de Montréal in 2020 to keep classical music in front of audiences throughout the pandemic. 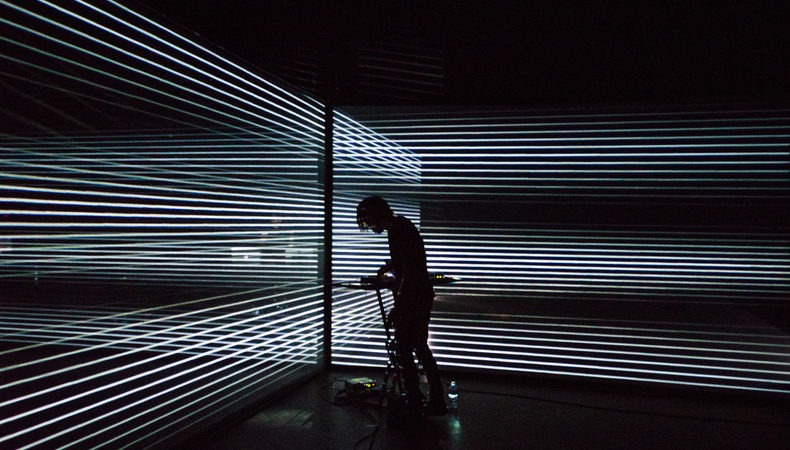 Long a world-leading exposition of electronic music and digital art, MUTEK’s 22nd edition promises an insider glimpse into the latest offerings from the most cutting edge avant garde creatives. Coupled with virtual components, MUTEK 2021 is a multi-platform immersive experience you won’t want to miss, including the MUTEK Forum of presentations, workshops and marketplace, and a series of immersive experiences in the Society for Arts and Technology’s Satosphere performance space.

With a focus on international exchange between Québec and Europe, the MEG electronic music festival has brought cutting edge performers to Montréal since its founding in 1999. For the 2021 edition in collaboration with Piknik Electronik, the MEG plays host to the likes of Misstress Barbara, Duñe, Miel de Montagne and Bellaire.

For it’s 17th edition, the MOMENTA | Biennale de l’image’s 2021 theme of Sensing Nature aims to explore the two-way relationship between artist and nature. Featuring the work of 51 artists from 24 countries across 14 exhibitions, MOMENTA 2021 also features an “augmented reality circuit in the public space,” and an Indigenous-led outdoor garden.

For over 30 years, the Les Francos de Montréal music festival has brought French-language musicians to the city’s biggest stages. For the 2021 edition (its 32nd), Les Francos de Montréal returns to the Place des Festivals for a series of epic performances in one of the city’s most iconic outdoor spaces, including appearances by Sarahmée, Jérôme 50, Klô Pelgag and the Nikamu Mamuitun project spotlighting the songwriting of eight celebrated Indigenous québécois artists. 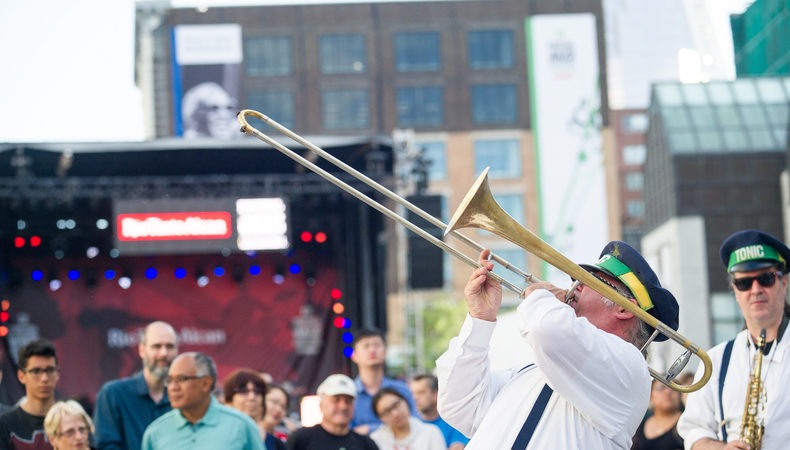 One of the world’s premiere musical events, the Festival International de Jazz de Montréal has seen performances by the top icons and up-and-comers for over 40 years. Transforming the Quartier des Spectacles into the biggest jazz club on the planet, this 41st edition promises nothing less than another highpoint of the year’s musical calendar, including performances by luminaries like Daniel Lanois, Charlotte Day Wilson, François Bourassa, BEYRIES and Basia Bulat.

Montréal has long been an indie music hotspot, and the annual POP Montréal festival has played a supporting role in both spotlighting local talent and bringing new international must-sees to the city. Throughout the pandemic, POP Montréal has also hosted several virtual, hybrid and socially distanced rooftop concerts keeping the local musical community vibrant and active. For this, the festival’s 20th anniversary, Montréal’s stages will play host to the likes of Backxwash, The Dears, Cakes da Killa and Laura Niquay amongst many others. You also won’t want to miss POP’s seasonal Puces Pop markets featuring artisanal goods by local producers.

Taking over Parc Jean-Drapeau’s epic Espace 67, ÎLESONIQ REDUX brings the beat back to Montréal for what’s sure to be one of this autumn’s biggest outdoor parties. Featuring appearances by electronic music headliners like deadmau5 vs Testpilot, Le Youth, REZZ and Loud Luxury, it’s time to get your dance on.

The annual FIL fills the Quartier des spectacles with readings, art installations and dance performances, all in tribute to the printed word on the page.  This year’s programming includes special events for kids, readings of new works, and projections of films based on literary sources. Check here for the full lineup of events and ticketing details.

Celebrating its 16th edition, the Montréal International Black Film Festival is the only bilingual event of its kind in North America, celebrating the latest and greatest in black cinema. Expect premieres, special appearances by filmmakers and a full schedule of unmissable films sure to thrill movie lovers.