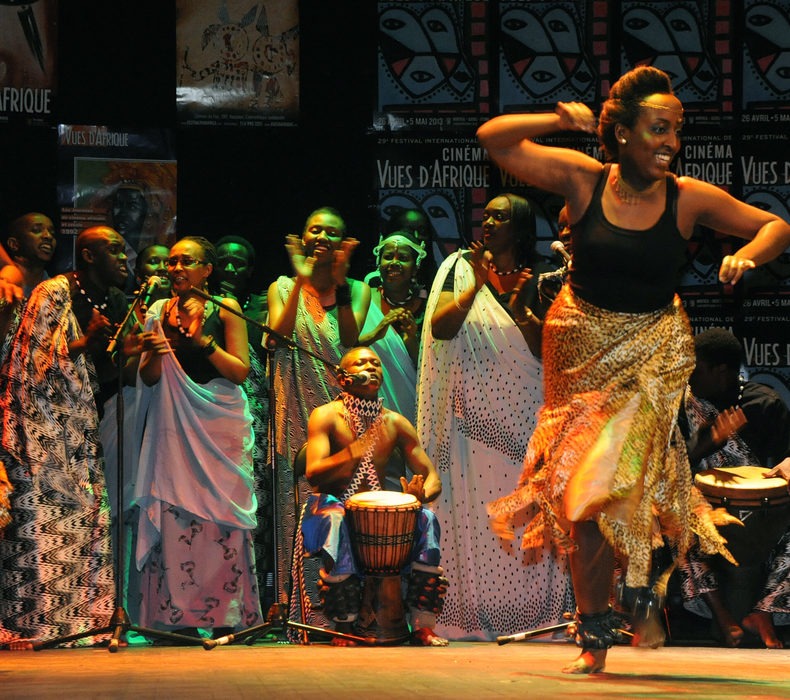 African diaspora shines on the silver screen at Vues d'Afrique

Recognized as the most important African and Creole film festival in North America, the 2018 edition of Montreal’s Vues d’Afrique International Film Festival will present 88 films— features, documentaries and shorts — from 33 countries, by filmmakers from across Africa and the African diaspora.

Over 10 days, from April 13 to 22 at the Cinémathèque Québécoise, the Festival will present 15 international premieres, 52 Canadian premieres and 15 Quebec premieres. Here are a few choice screenings.

Tunisia takes centre stage on opening night (April 13) at Cinéma Impérial, as Tunisian director Férid Boughedir’s Zizou (Parfum de Printemps) launches the Festival. Zizou is a playful, tender portrait of the daily life of an exuberant Mediterranean society on the eve of major upheaval – the “Arab Spring” of 2010-2012. Boughedir will be present during the screening.

Also attending will be director Moufida Fedhila who will receive the CIRTEF trophy (Conseil International des radios et télévisions d’Expression Française), and a posthumous tribute will be paid to Tunisian filmmaker Taieb Louhichi, an award winner from the very first edition of Vues d’Afrique in 1984. Note that Zizou will screen in its original Arab version with French subtitles.

A series of English-language shorts from Rwanda will be screened at Vues d’Afrique’s official closing night on April 21: Blind Teacher Kabarebe, The Discord and Akarwa, as well as the 30-minute Kenyan documentary Who Am I? about prejudice as seen through the eyes of children. Who Am I? explores children’s reactions to discrimination based on national and ethnic identity. The film’s producer Angélique Gakoko-Pitteloud will be present at the screening, as well as at the April 18 screening.

New York-based photographer and director Daniel McCabe’s critically-hailed feature-length documentary This is Congo provides an unfiltered look into the world’s longest continuing conflict and those who are surviving within it. By following four compelling characters — a whistleblower, a patriotic military commander, a mineral dealer and a displaced tailor — the film offers viewers a truly Congolese perspective on the problems that plague this nation, which has seen more than five million conflict-related deaths, multiple regime changes and the wholesale impoverishment of its people over the past two decades. A compelling film. Director Daniel McCabe will host both screenings on April 19 and 20 at the Cinémathèque Québécoise.

I Am Not A Witch

Born in Zambia and part-raised in Wales, director Rungano Nyoni’s debut feature film I Am Not A Witch (Je ne suis pas une sorcière) was screened in the Directors’ Fortnight section at the 2017 Cannes Film Festival and in February 2018 won the BAFTA Award for Outstanding Debut by a British Writer, Director or Producer for Nyoni and producer Emily Morgan at the 71st British Academy Film Awards.

I Am Not A Witch tells the tale of an eight-year-old girl in Zambia accused of witchcraft. At times comic and tragic, the beautiful film – inspired by actual stories of witchcraft accusations in Zambia – will captivate viewers. Says London’s The Guardian newspaper, “This daringly satirical parable of magic and misogyny, superstition and social strictures confirms (Nyoni’s) promise as a filmmaker of fiercely independent vision, with a bright future ahead.” The Canadian premiere screens April 14 and 18 at the Cinémathèque Québécoise (French subtitles).

In addition to film screenings, the Cinémathèque Québécoise is also home to the BAOBAR which will present nine musical and cultural events during the festival.

The Vues d’Afrique International Film Festival runs from April 13 to 22 at the Cinémathèque Québécoise. For more information, visit vuesdafrique.com.