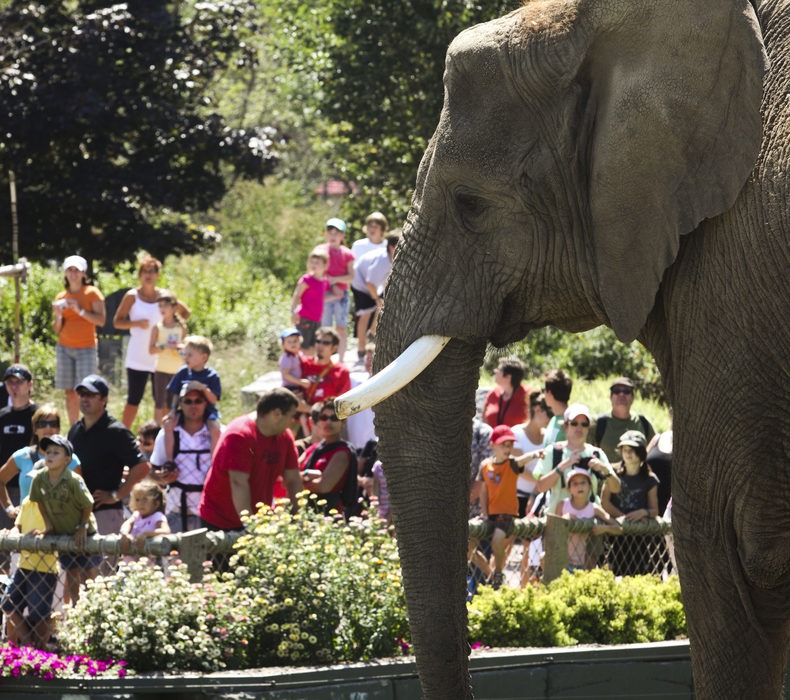 Rendez-vous with nature at the Zoo de Granby

The Zoo de Granby is set to reopen on June 20. The water and amusement parks will open at a later date.

The Zoo de Granby, the largest zoo in Québec, is located a 75-minute drive from Montréal in the picturesque Eastern Townships. A non-profit organization founded in 1953, the Zoo de Granby is home to more than 1,800 animals representing 230 species from around the world. 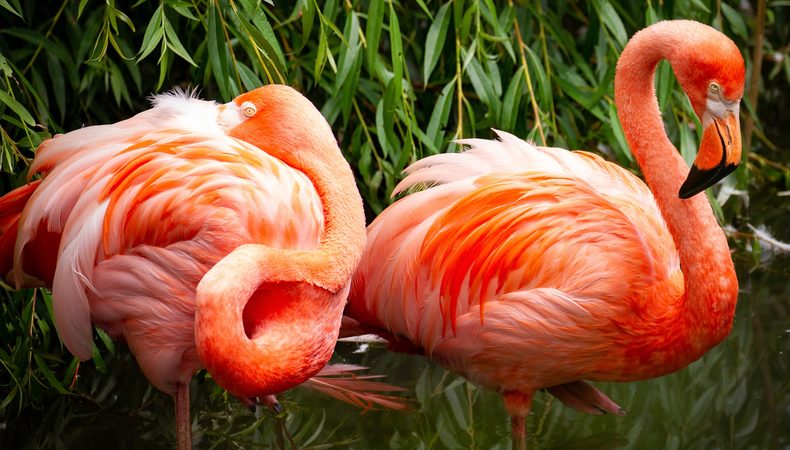 The Zoo de Granby’s mission is to create awareness for global animal conservation. The zoo is open year-round but is especially popular during the summer tourist season when an efficient staff of some 750 people provide visitors with a vastly entertaining and educational experience.

The zoo is also staffed year-round by 40 people who work behind-the-scenes to ensure the welfare of all the animals. This includes some 20 zookeepers whose priority is the health and well-being of their designated animals. The zoo also contributes to conservation and research initiatives and projects around the world.

Around the World in a Day

The Zoo de Granby is huge, so it is divided into four distinct “loops” for visitors to maximize their time: the Africa, South America, Asia and Oceania loops. There is also a water park, amusement park, an animatronic dinosaur zoo and a colourful and practical central village filled with souvenir boutiques, food and other services. Click here for three children-friendly circuits to maximize your fun. 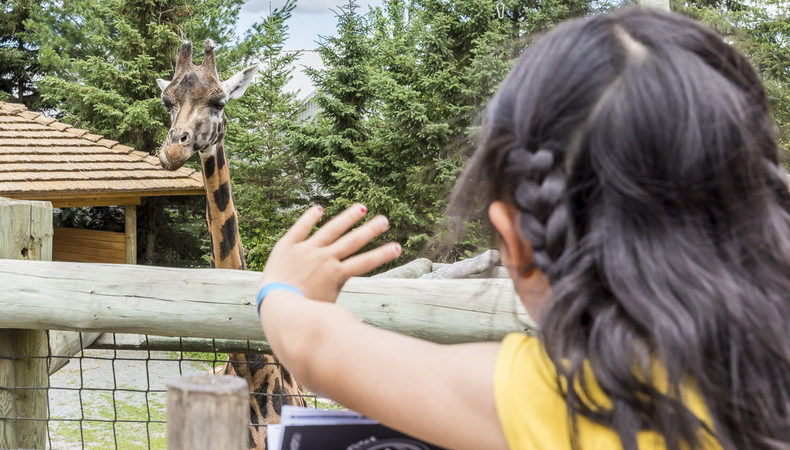 The Africa loop may well be the zoo’s most popular and includes many of that continent’s most iconic animals: the lion, white rhinoceros, elephant, gorilla, ostrich, hippopotamus, giraffe and Grant’s zebra. There is also a daily summertime presentation of the elephants at 11 am. 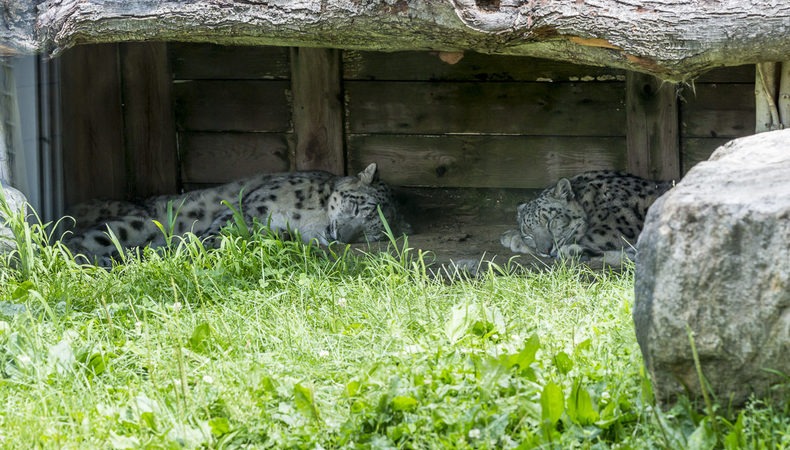 The South America loop features such iconic animals as the jaguar, American alligator and the Andean condor. This section is also home to the Amazoo Water Park, which features a variety of wave pools and water slides such as the Anaconda, whose departure point is nearly 15 metres high. 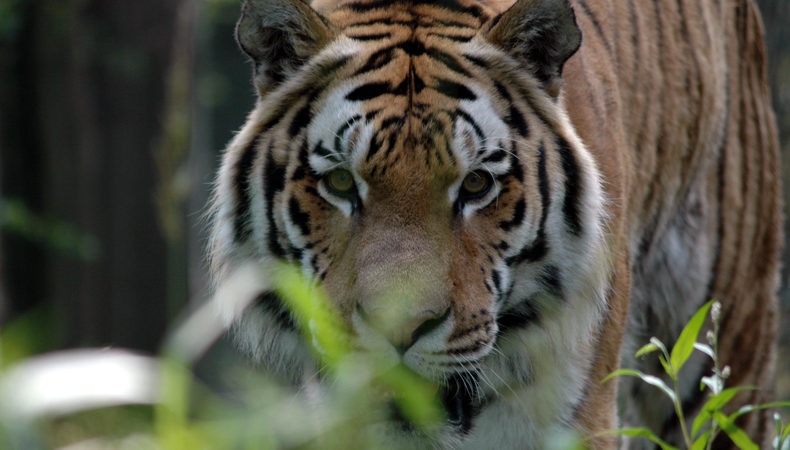 The Asia and Oceania Trails

The Asia loop is a thoughtfully designed and laid out trail where visitors can see the Amur tiger (there is a daily summertime presentation at 2:45 pm), the red panda, snow leopard, and the incredibly social Japanese macaque monkeys who are fed a snack at 4:15 pm daily, and whose youngsters are delightfully active. 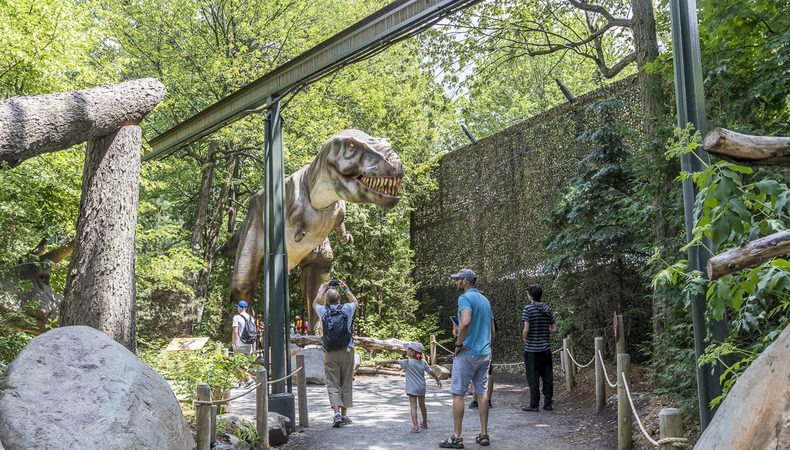 The Zoo de Granby isn’t just about animals. In addition to the Amazoo Water Park, it is home to a sizeable amusement park that features bumper cars, a carousel and a Ferris wheel, a rollercoaster, a monorail and a 3D theatre showcasing dinosaurs.

The fun and educational Dinozoo has a Jurassic-Park-escaping-dinosaurs feel to it. The Dinozoo features 21 full-scale animatronic dinosaurs – including a huge crowd-pleasing Tyrannosaurus Rex – whose eyes blink, move their limbs and open their enormous toothed jaws. It’s like travelling back to Jurassic times in an authentic outdoor setting. Also, with a mobile app, kids can become paleontologists for a day and search for virtual dinosaur eggs hidden throughout the zoo. 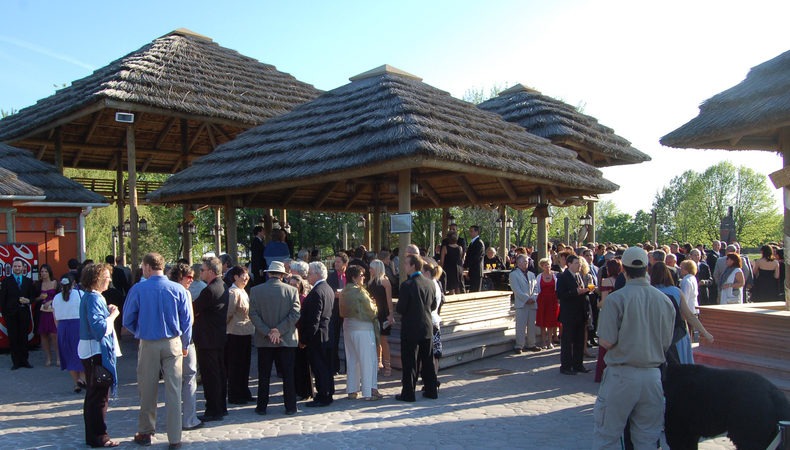 The Zoo de Granby offers fun packages such as the Zoo at Night safari adventure, and also hosts weddings and banquets.

The Zoo de Granby is open from 10 am to 7 pm in summertime, and has different schedules for autumn, winter and spring.