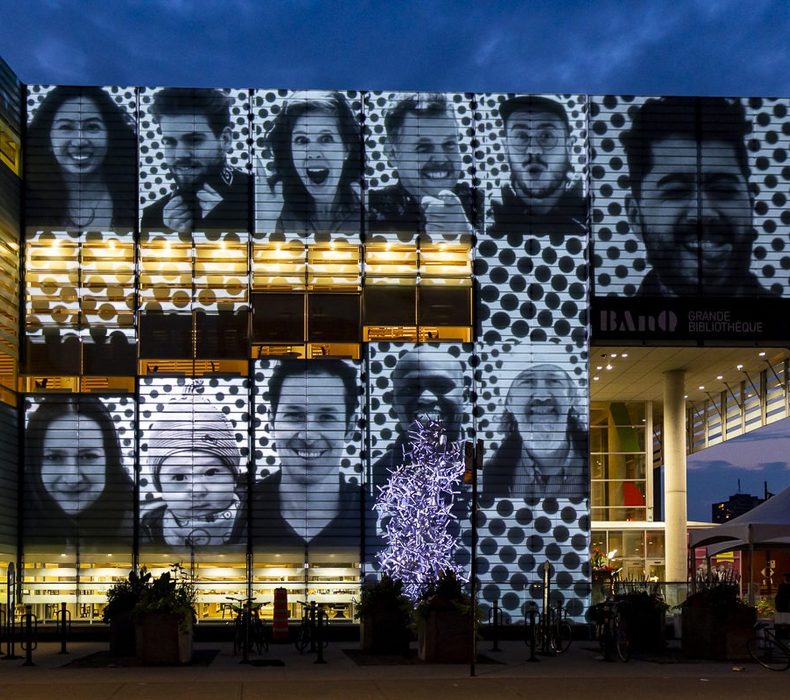 After wowing millions of art lovers in cities around the world, a group action of the internationally-acclaimed Inside Out Project takes over the streets of Montréal this summer, where the collective artwork Les Visages de Montréal will display thousands of portraits of regular everyday Montréalers throughout the city.

Every picture tells a story

After winning the TED Prize in 2011, French artist JR launched the Inside Out Project in his first TED Talk. Using his own artistic practice as inspiration, this participatory platform helps individuals and communities make a statement by displaying large-scale black and white portraits in public spaces.

Through their “Group Actions,” communities around the world – from Shanghai to Paris to New York City and now Montréal – have sparked collaborations and conversations. Over the past decade, more than 400,000 people from 138 countries have participated in Inside Out Projects seen by millions.

Les Visages de Montréal is an Inside Out Project Group Action. With the participation of some of the city’s most high-profile institutions, it will showcase the faces of Montréalers, while inviting all citizens to renew their connection with the downtown core. 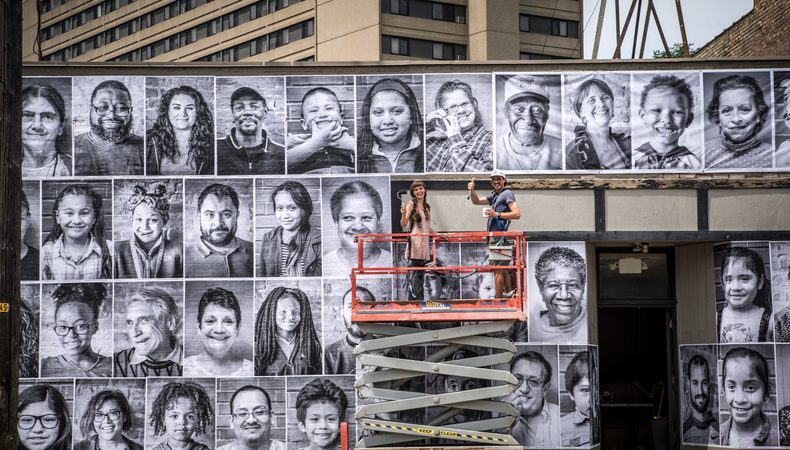 Beginning in June, with Les Visages de Montréal, thousands of portraits of Montréal citizens and their communities will be displayed on the facades of numerous organizations and institutions in the downtown core:

The Les Visages de Montréal photo-booth truck will also take to the streets of Montréal to meet locals all summer long, between Atwater and Papineau streets, and from Sherbrooke Street to the St. Lawrence River in the Old Port. The photo-booth truck will take portraits of passersby that will then decorate building facades and walls throughout downtown Montréal.

In a nutshell, Les Visages de Montréal is a monumental homage to the city and the resilience of its citizens during the COVID-19 pandemic.

Says Monique Simard, chair of the board of directors for the Quartier des Spectacles Partnership which is behind the organization of Les Visages de Montréal, “The artists, business owners, students, workers and residents of downtown Montréal have demonstrated great resilience and creativity over the last year. The moment has come to step out, rediscover ourselves and see each other again. Let’s get out there and share our love for our city with a smile on our faces!” 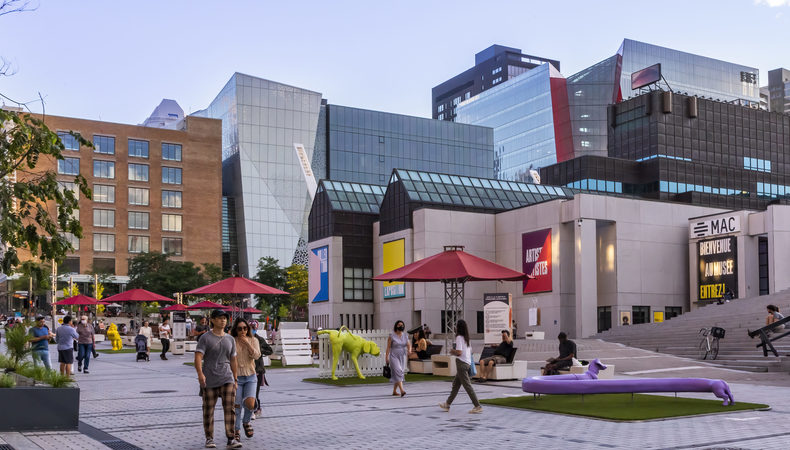 Les Visages de Montréal is part of Les aventures du cœur de l’île, the summer initiative presented by the Quartier des Spectacles Partnership and Montréal centre-ville in collaboration with Tourisme Montréal to revitalize downtown Montréal. Beginning in late June, its website will list all of the initiative’s walking routes, programming and partners.

For information about Inside Out, visit insideoutproject.net.